The Elm leaf beetle is a monophagous coleoptera insect that feeds on the parenchyma of elm tree leaves, both in the larval (Fig. a) and adult instars (Fig. b). The adult is greenish-yellow, with longitudinal black stripes on the elytra, black spots on its head and measures around 5-7 mm. Its larvae are black in the early instars. They turn a greenish yellow with green areas and they measure around 10 mm. The eggs (Fig. c) measure 1 mm, they are yellowish orange, and they are arranged on the underside of the leaf, grouped in two rows.

In the spring, during bud burst time, the adults who have spent the winter among the bark, in the leaf litter, for example, emerge and start to feed. They breed in a very short time and the females lay the eggs, from which the new generations of larvae will come out. They have a great voracity and complete the cycle in a few weeks. Then they go down to the ground and pupate among the leaf litter or buried at a shallow depth. 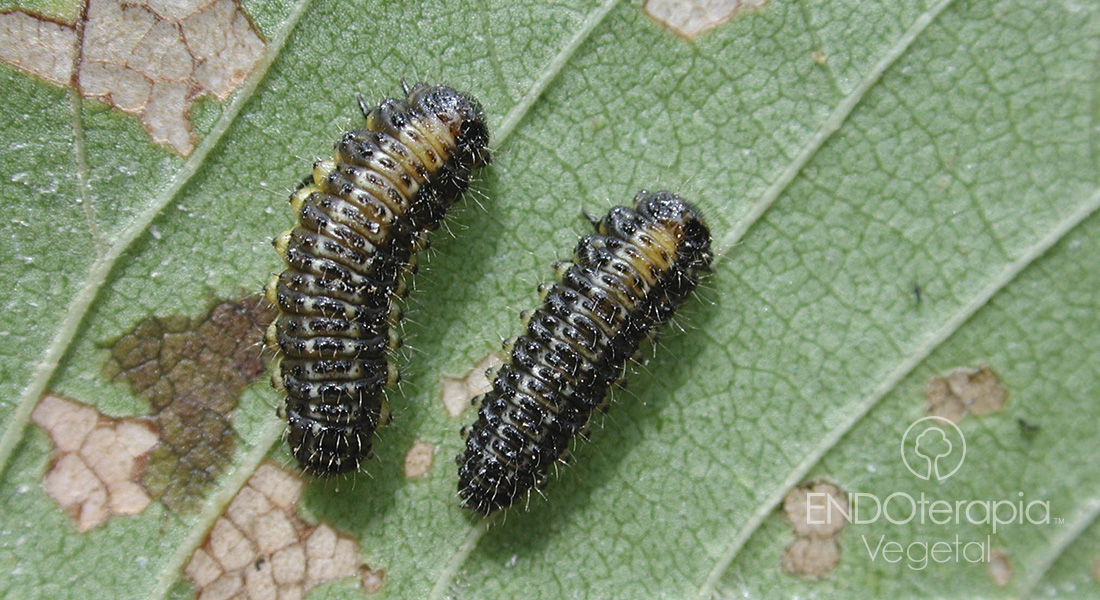 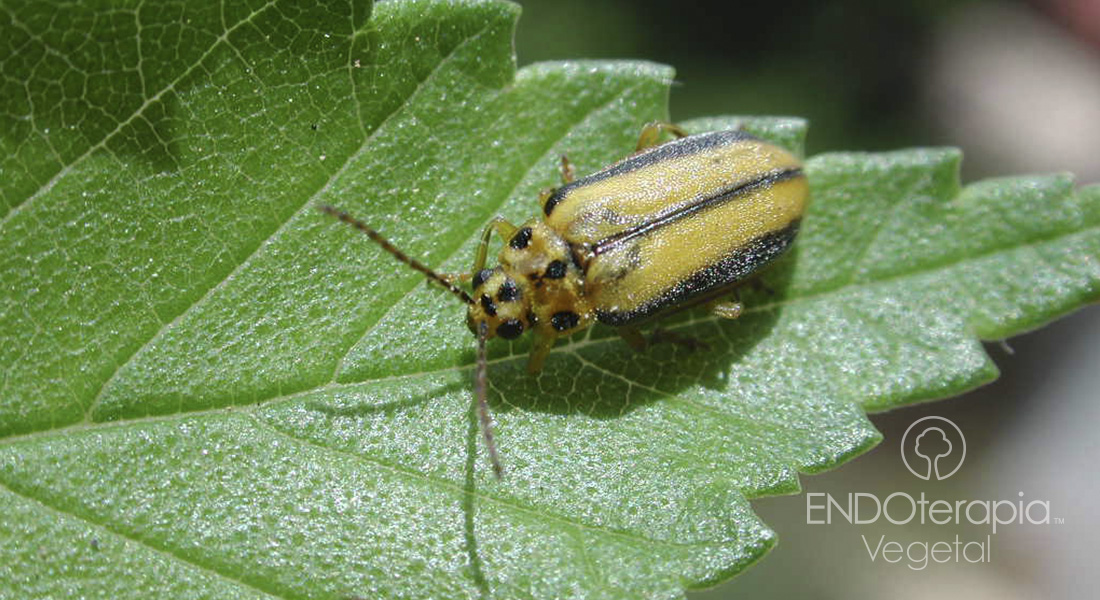 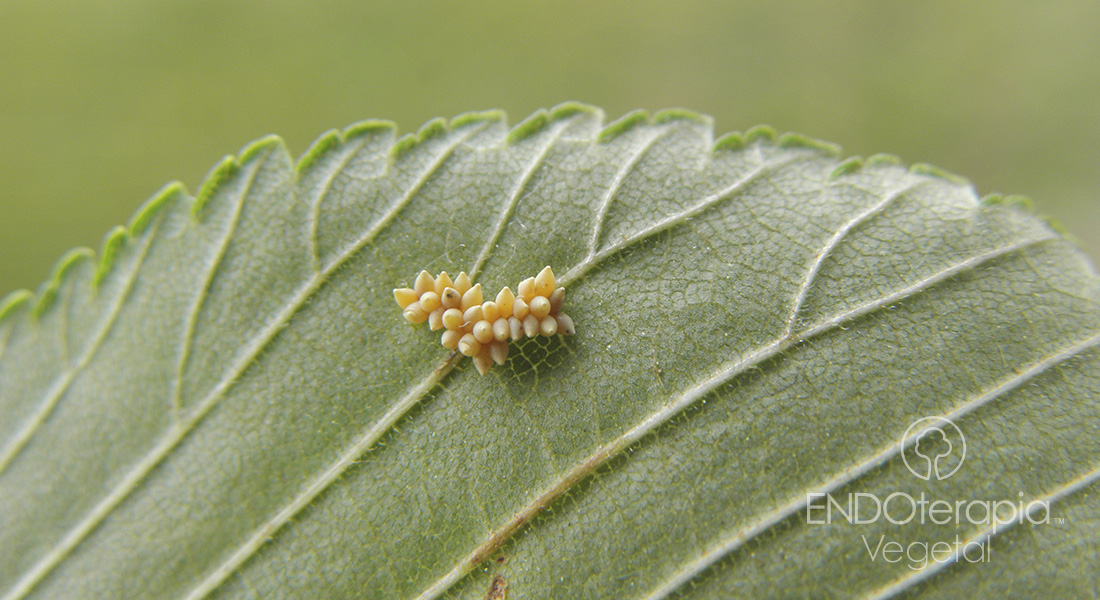 The damage caused by one or the other can be distinguished. Adults pierce the leaves, while larvae quickly devour the green parenchyma, respecting the epidermis of the adaxis; that is to say, they do not pierce the leaf but cause it to have a semi-transparent brown tone (Fig. d).

Because of this, in mid-summer, elm trees can become highly defoliated or present reduced foliage, thus decreasing vigour due to the reduction of their photosynthetic capacity.

If defoliation occurs year after year, the tree becomes very weak and susceptible to attacks by other pathogens, such as Scolytus beetles. These bark beetles transmit a fungus (Ceratocystis novo-ulmi) that is very deadly for elm trees; this disease is known as Dutch elm disease (Fig. e).

Another major drawback is that, in the event of major pest attacks, the larvae of the last instar can move in large groups towards gardens, buildings, tents, vehicles, in order to carry out the last shedding. This causes discomfort to users and citizens, and creates social alarm. Before and after hibernation, adults can also appear in high concentrations. 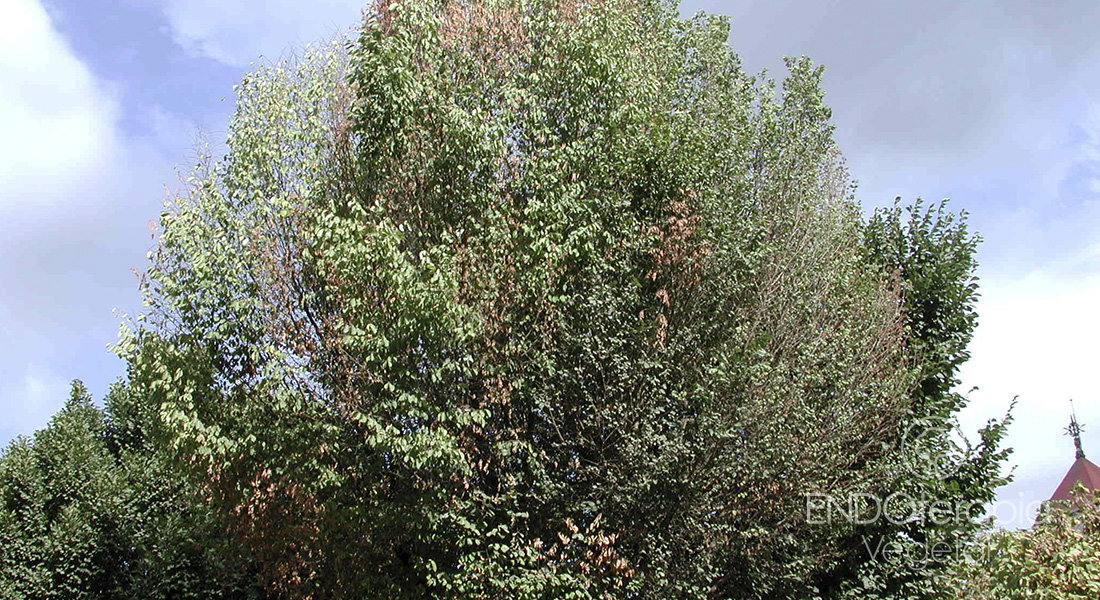 Fig. e – Elm trees affected by Dutch elm disease (Ceratocystis).
Carry out a treatment with plant endotherapy (ENDOterapia Vegetal®) in a preventive way (Fig. f) to avoid the onset of problems; the treatment will be carried out when the first adults appear after coming out of winter diapause. A curative treatment can also be carried out (Fig. g). However, damage caused will disappear at a slower pace. 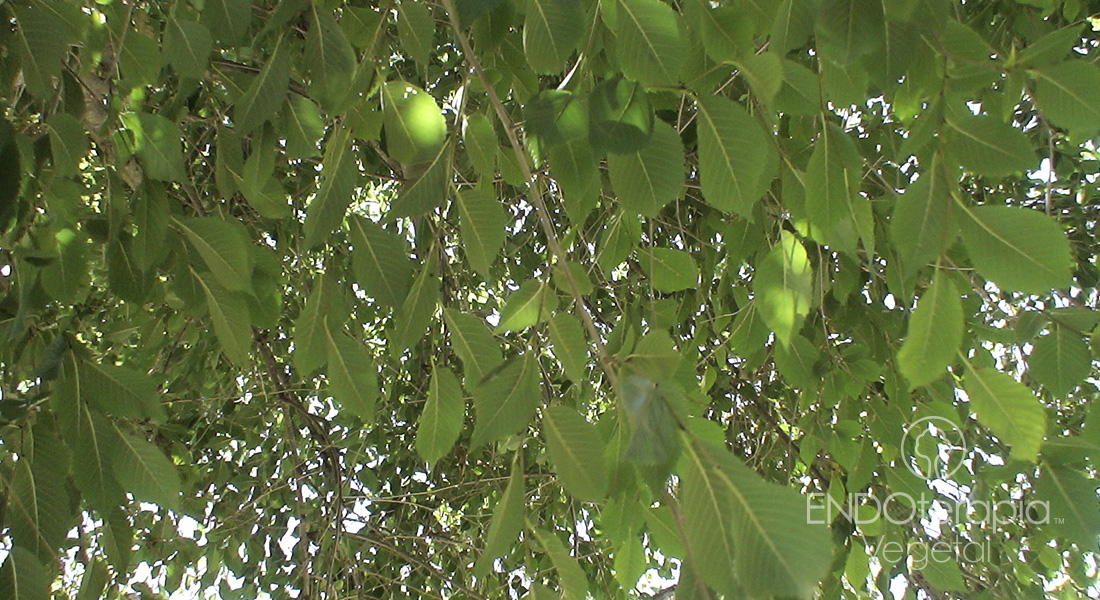 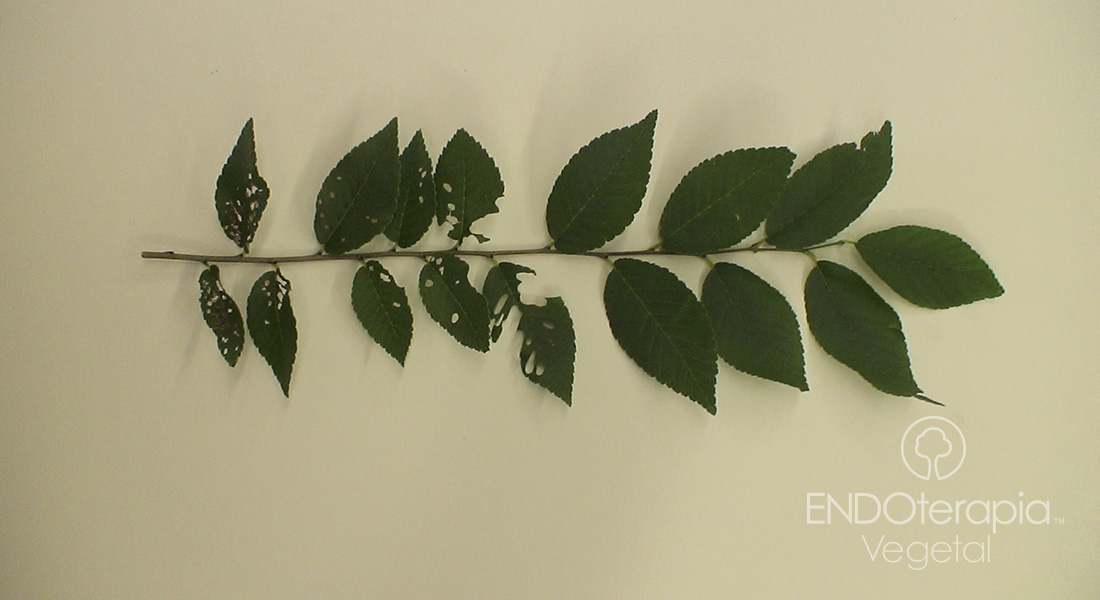 Fig. g – Elm branch where you can see the before (pierced leaves) and after (whole, green and vigorous leaves) of the treatment.

Mainly the species of the genus Ulmus