The sycamore lace bug is a pest that comes from the USA. It that was detected for the first time in our Spain in the American sycamores at a park called Parque de la Devesa, Girona, in 1979. Since then, it has extended progressively to all the Iberian peninsula, becoming completely established.

It is a sucking hemiptera/ homoptera insect (Fig. a and Fig. b). The adult is around 4 mm long, reticulate in appearance, with transparent wings, white veins and a bright black abdomen. The nymphs are dark in colour and go through 5 larval instars (in the last one they develop the elytra).

The adults spend the winter under the bark and in the cracks of the trunk, so they are able to withstand extreme cold temperatures. In spring, with budding, the adults leave the winter lethargy moving towards the leaves, placing themselves on the underside where they feed. After conception, females lay eggs near nerve endings. Further on, the eggs hatch. Nymphs of the same larval instar tend to group together and live in a gregarious way. They can have as many as three generations a year. 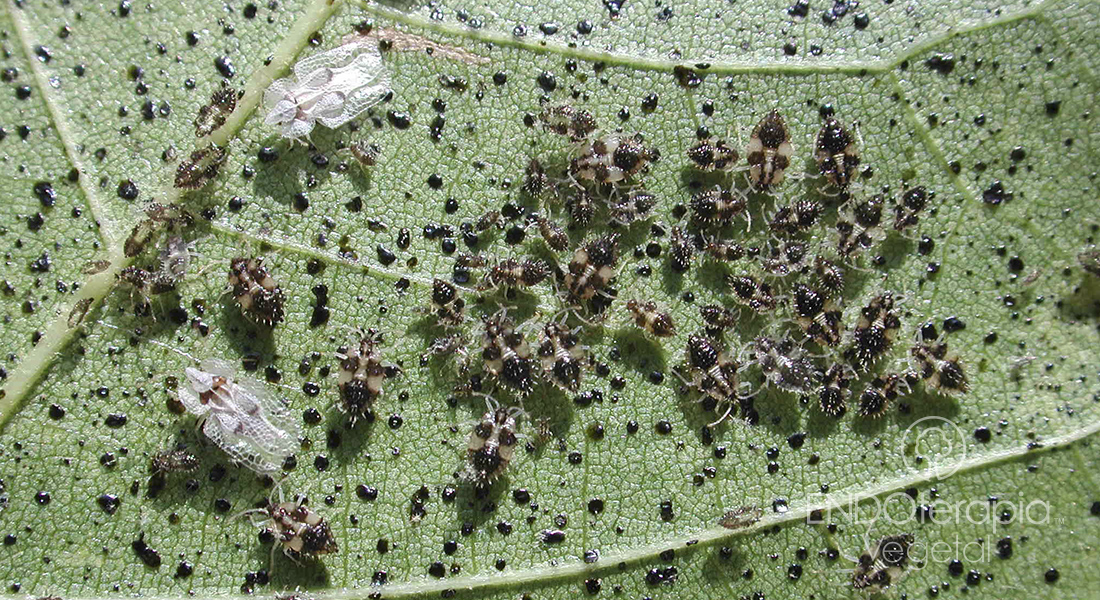 Fig. a – Adults and nymphs of Corythucha ciliata. 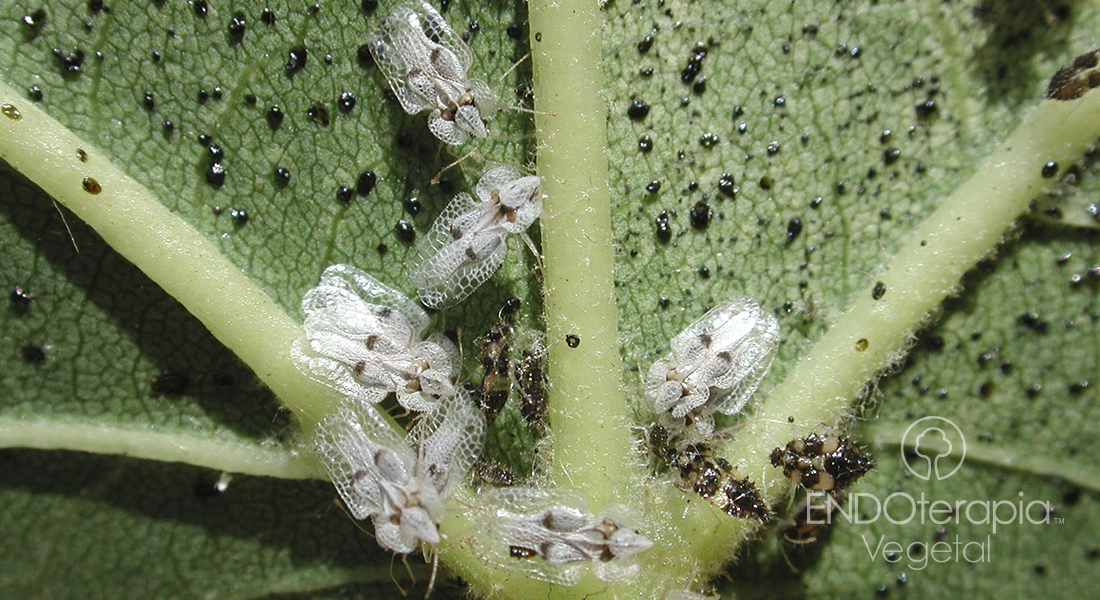 Fig. b – Adults and nymphs of Corythucha.
It feeds on the sap of the leaves, leaving yellow spots on the upper side (Fig. c); the insect causing this is found on the underside of the leaf, where the colony lives. The most characteristic symptom is the discoloration of the leaves, starting from the intersection of the secondary nerves with the main one, until the whole leaf is completely yellowish. In severe attacks, it causes a mass wilting and premature defoliation of the tree, leaving it without leaves at the end of summer. 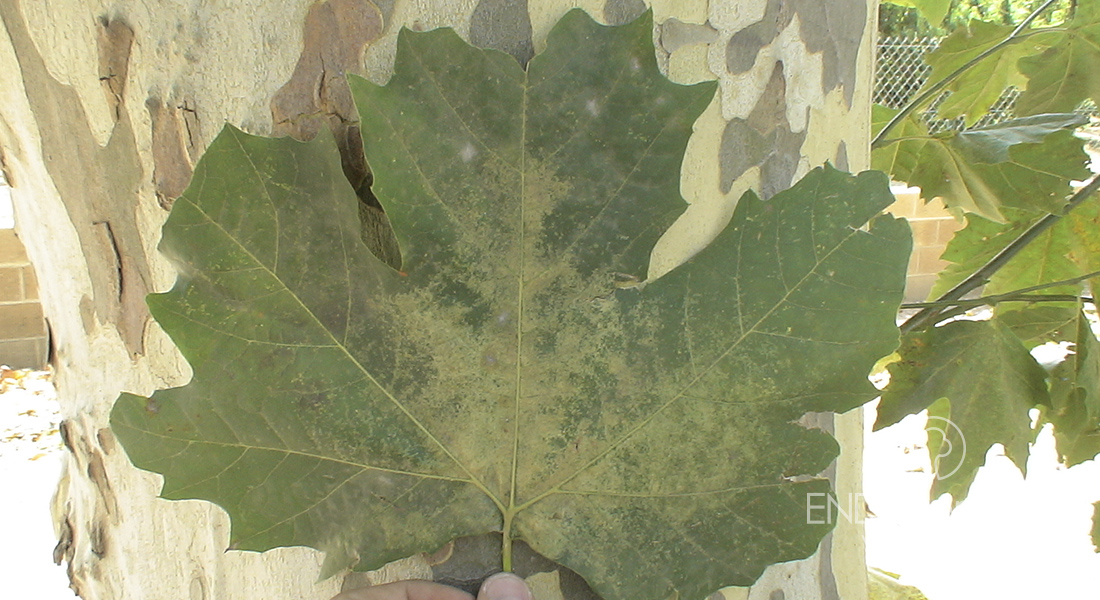 Fig. c – Damage caused by sycamore lace bug to a leaf of Platanus sp.
Carry out a treatment with plant endotherapy (ENDOterapia Vegetal®) in a preventive way to avoid the onset of problems; the treatment will be carried out when the first adults appear after coming out of winter diapause.

Mainly species of the genus Platanus; it has occasionally been found on other species such as Fraxinus and Hacer.