Lepidopteran insect, despite the adults’ looking like wasps. The adult measures from 20 to 35 mm, with a yellow and black abdomen, similar to a wasp, but without the narrower section between abdomen and chest that wasps have. In addition, its wings are darker (Fig. a).

The caterpillar measures around 15 mm, is whitish and has three pairs of thoracic legs and several false legs prolegs, and two hooks on the back of its body (Fig. b).

In spring they mate and the female lays her eggs on the bark of the host tree. At first, neonate caterpillars feed on the bark of the trunk and branches. Then, they penetrate the inside of the trunk, digging galleries and feeding on vascular tissue. In winter, it stops feeding and makes the chrysalis inside the gallery, which it has previously given an exit orifice that it has covered with sawdust. In spring, the adult comes out again. It has an annual generation. 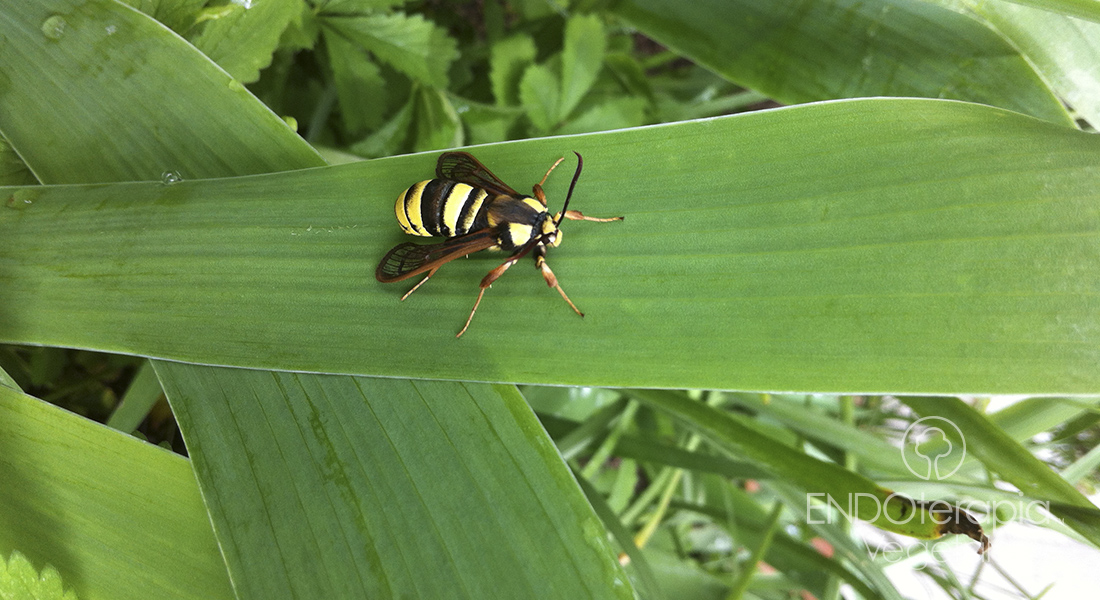 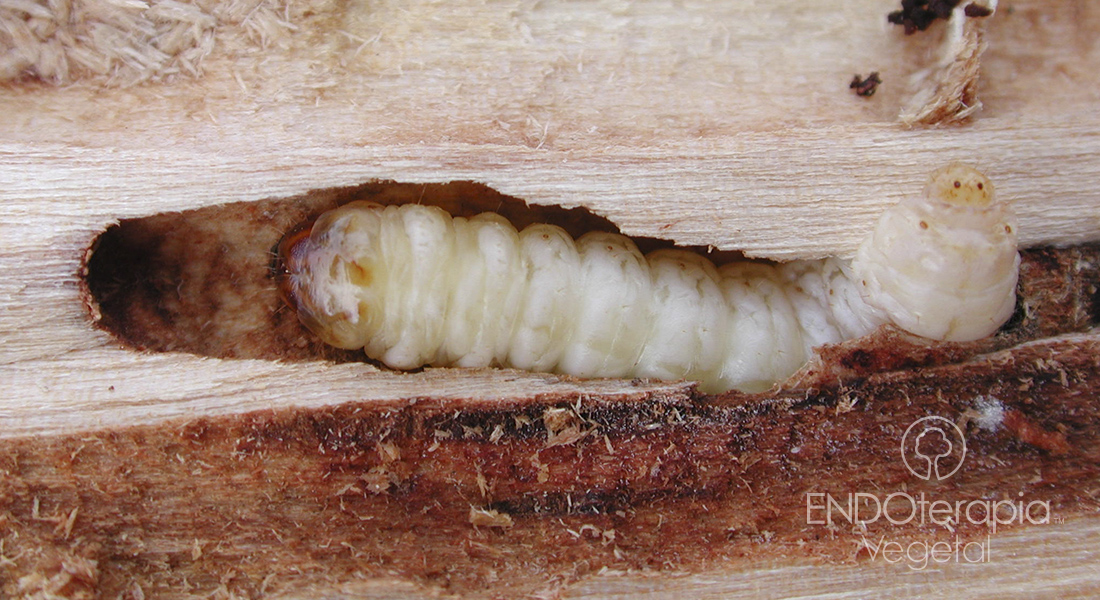 Fig. b – Paranthrene tabaniformis caterpillar.
The caterpillars make galleries that can be over 20 cm long, leaving sawdust remains that the caterpillar uses to cover the exit orifice (Fig. c). The affected areas are thickened and exudates of sap can be seen through the orifices, as well as subsequent bacterial infections. Severe attacks weaken the tree to a large extent, also causing lack of vigour and even the death of the affected specimen.

Attacks are more successful on trees with serious vitality problems or that have poorly adapted after planting. It is also a serious problem in the urban environment, due to the fall of branches that break easily.

Finally, it can cause microbiological diseases by fungi or bacteria.
It can be a serious problem in the ornamental field, but also in the cultivation of poplars for the production of wood or pulp. 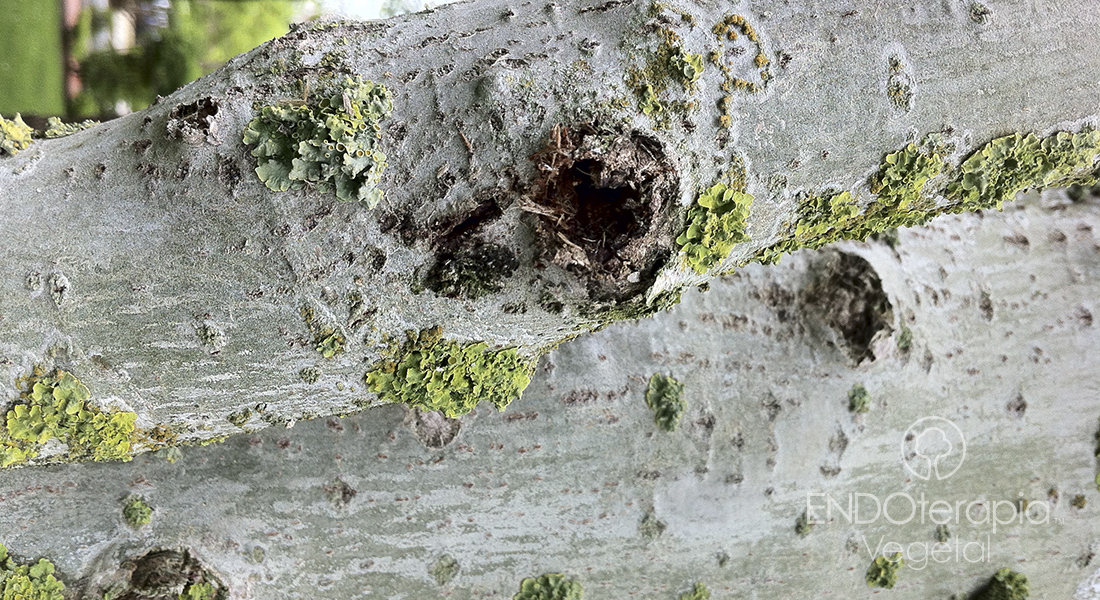 Carry out preventive plant endotherapy treatments at the beginning of spring, coinciding with the laying of eggs by the females, or wait to see adults before starting the treatment.