The adult measures 15-25 mm; it is blackish brown, covered with greyish spots that form three whitish bands. Its antennas are longer than its body, especially in males (Fig. a and Fig. b).

The larvae can reach 40 mm; they are cream-coloured, elongated, slightly flattened (unlike Coraebus bupréstidos) and with their body divided into 10 segments (Fig. c).

Adults appear in spring, feeding on the tender buds of conifers. The females lay the eggs in small holes they make in the bark. After about two weeks, the eggs hatch and the larvae come out, digging galleries inside the wood to feed (Fig. c and Fig. d). In September, they finish their larval development and they form the pupa, which will outlast the whole winter. In the following spring/summer, the adults will emerge through a hole created previously that was clogged with wood fibres in the larval instar.

It has an annual generation, which can be semi-annual in especially cold areas or years. 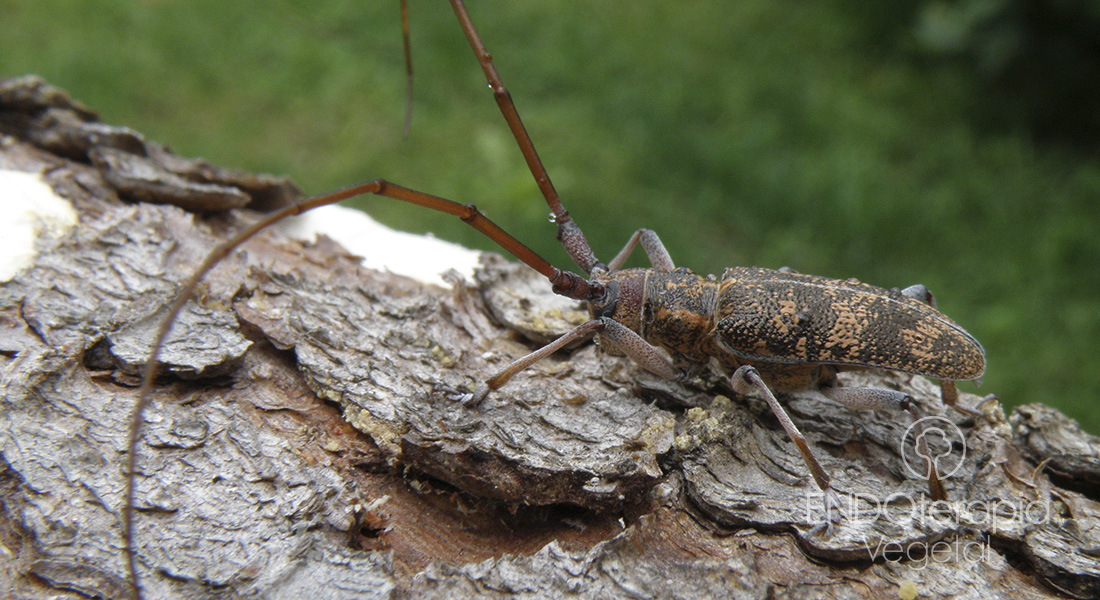 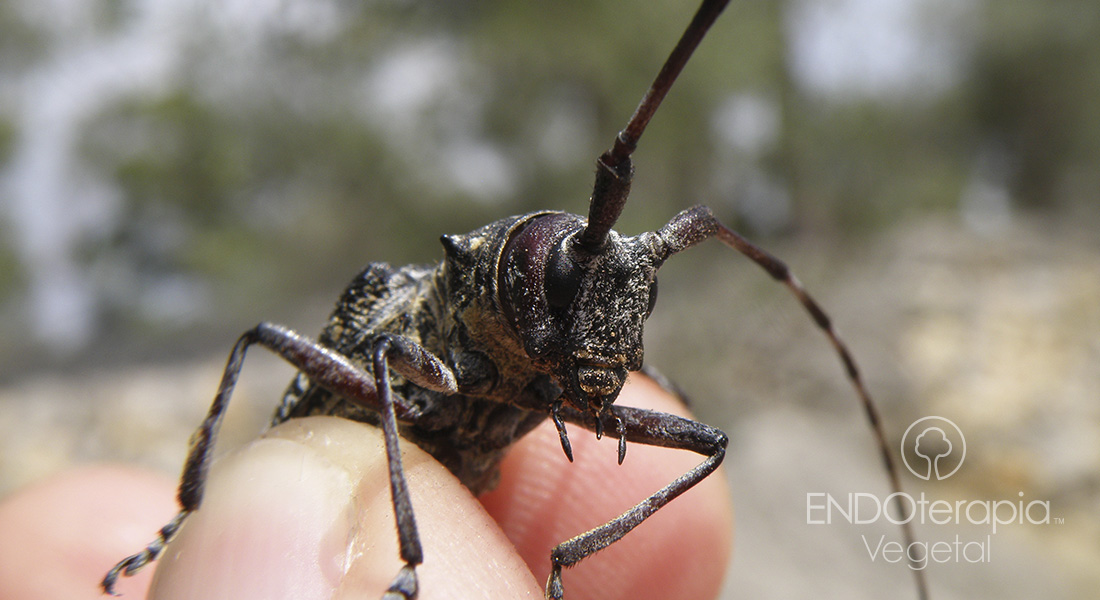 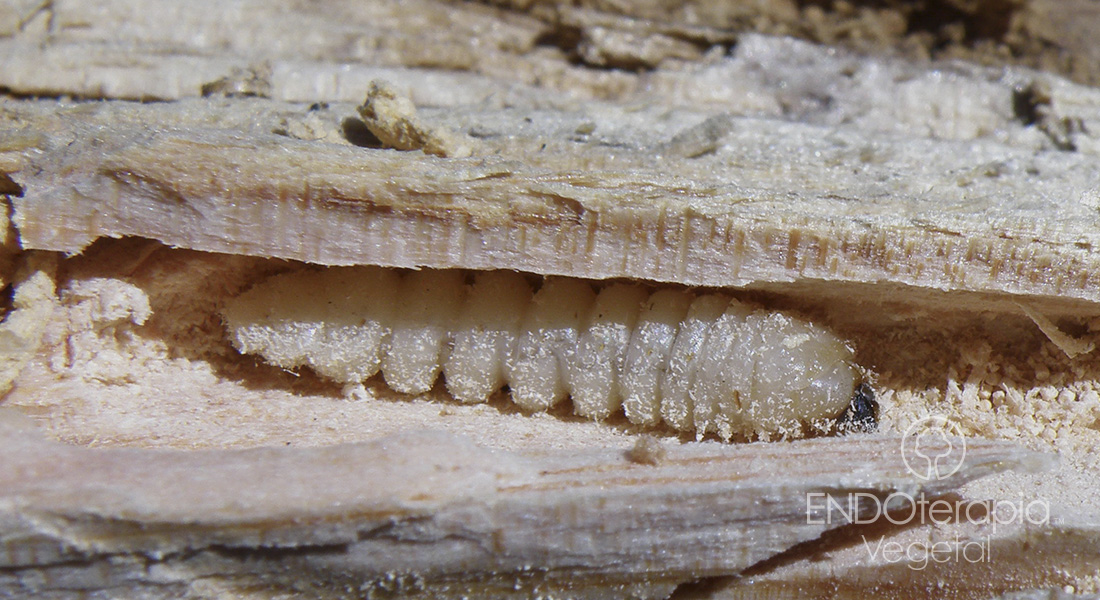 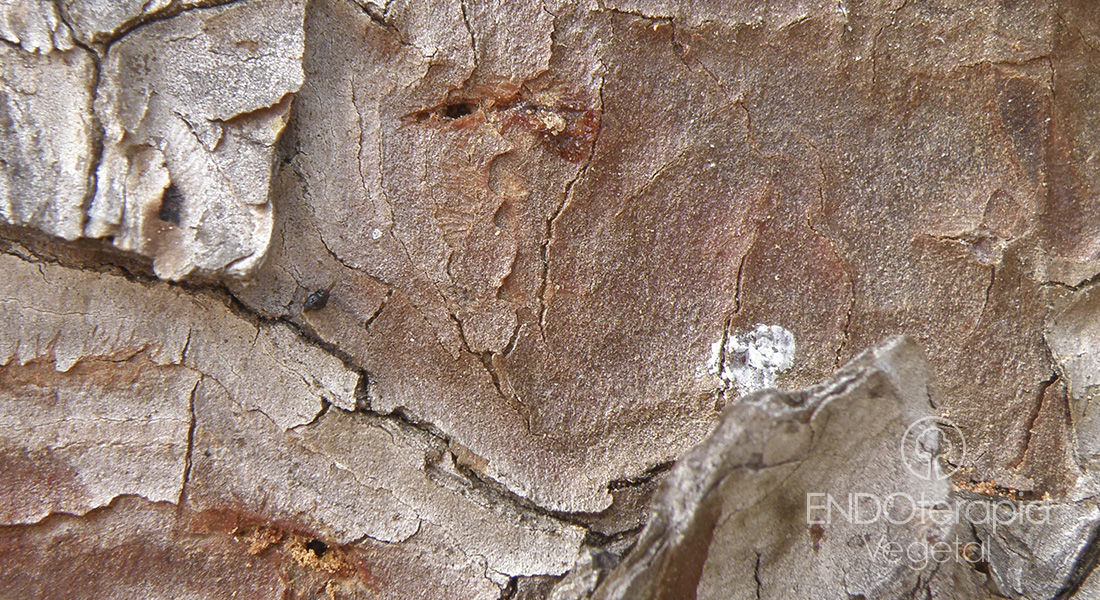 Fig. d – Typical excavations carried out on the bark by the female during oviposition.

Direct damage is not very important as it affects dead or weakened trees. However, indirectly, it causes more serious damage, since it transmits pine wood nematode(Bursaphelenchus xylophilus). This nematode causes wilt and death of the pine specimen in less than three months.