Lepidopteran insect of the Castniidae family, originating in a border region between Argentina and Uruguay. As a consequence of the import of palm trees from South America, it was introduced in Europe and is currently found in various parts of the Mediterranean coastline (France, Italy, Catalonia, Valencia, and Mallorca, among others).

The adults are diurnal moths; the males have a wingspan of around 8 cm, 9-10 cm for females, with a clear sexual dimorphism.

The eggs are spindle-shaped, similar to a tiny grain of rice, pink when they are laid, and turning white just before the caterpillar is born.

The caterpillars (Fig. a) are pink and have long layers of silk at birth; however, after the first shedding, they turn whiter and the silk becomes shorter.

The chrysalis (Fig. b) is reddish-brown and is formed within a cocoon woven by the caterpillar itself.

It spends the winter in the form of a caterpillar and during this period we can find almost all larval stages. Caterpillars born in June-July originate the adult usually in May-June of the following year; they have a full annual cycle of 11-12 months. Some caterpillars are born in September-October, but they originate the adult in May-June of the second year; they have a complete cycle almost every two years (20-22 months).

The eggs are laid by the female, one by one, between the fibres of the base of the leaves of the crown of the palm tree, 1-2 cm from the outside. They hatch within 14 to 21 days. When it is born, the caterpillar perforates towards the inside of the palm tree. Once inside, it starts to make galleries, and does not normally leave the plant until it reaches the adult instar.

In the final stage of its development, the caterpillar opens a gallery with an exit to the outside that connects with another interior chamber where the cocoon will be woven. After 2-3 months, the adult butterfly emerges. 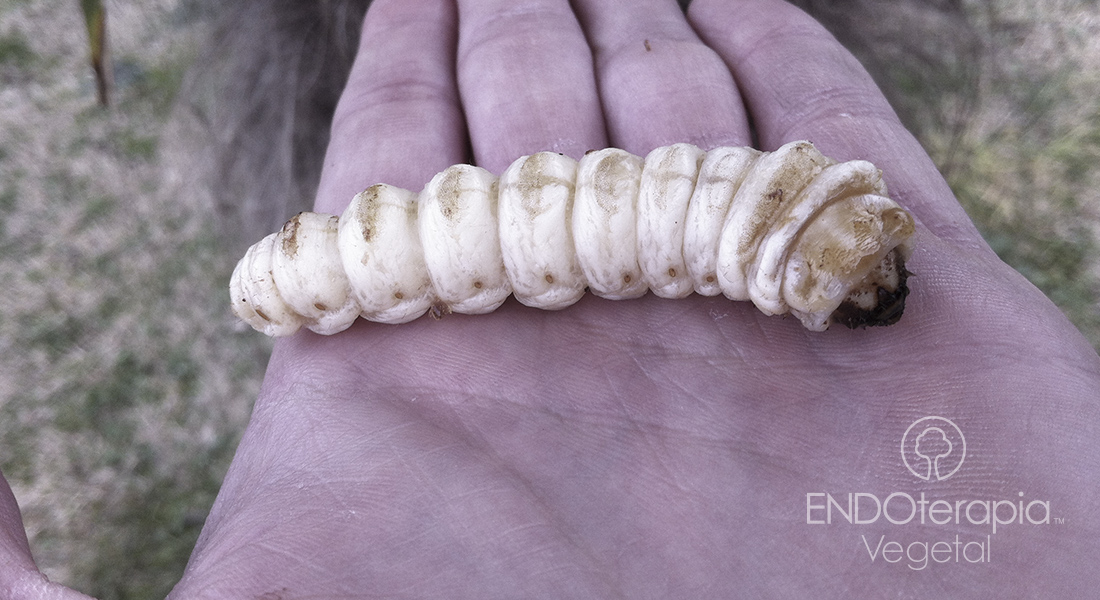 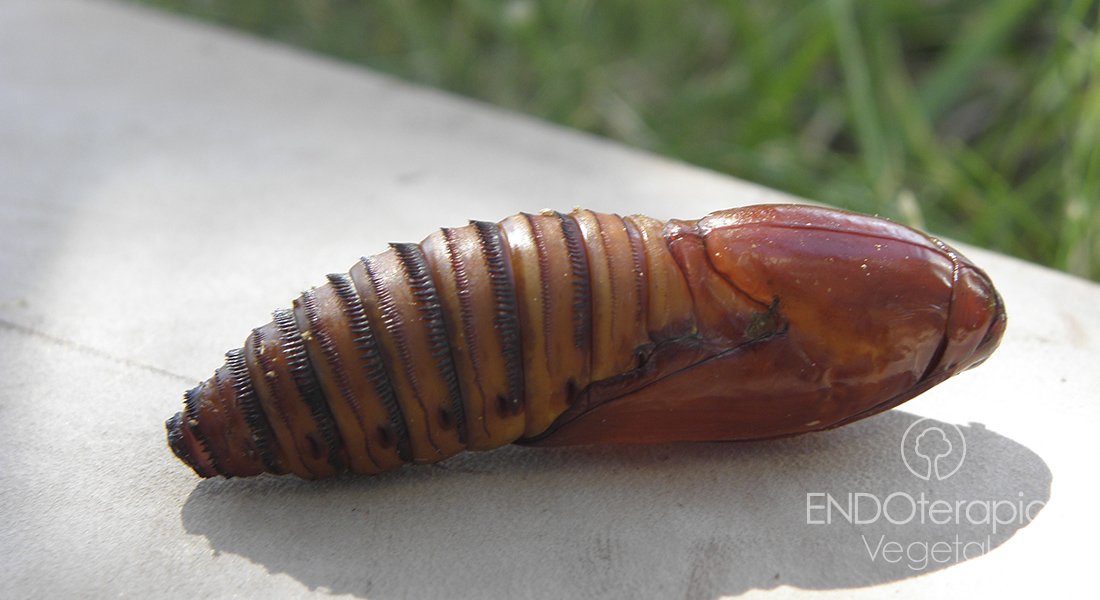 Fig. b – Paysandisia archon chrysalis.
Detecting the attack is not always easy. The most noticeable symptoms are leaf perforations, which in palmate-leaved palms are usually arranged in a circular fashion, affecting several of their leaflets (Fig. c). However, in the pinnate-leaved palms we can see disperse perforations or bites.

We cannot guarantee that the attack is by P. archon if we cannot detect other indicators such as: typical sawdust and excrement at the base of the crown leaves, external areas of the trunk or at the base of the trunk, as well as the presence of cocoons, eggs or exuviae (remains after moulting) of chrysalides. 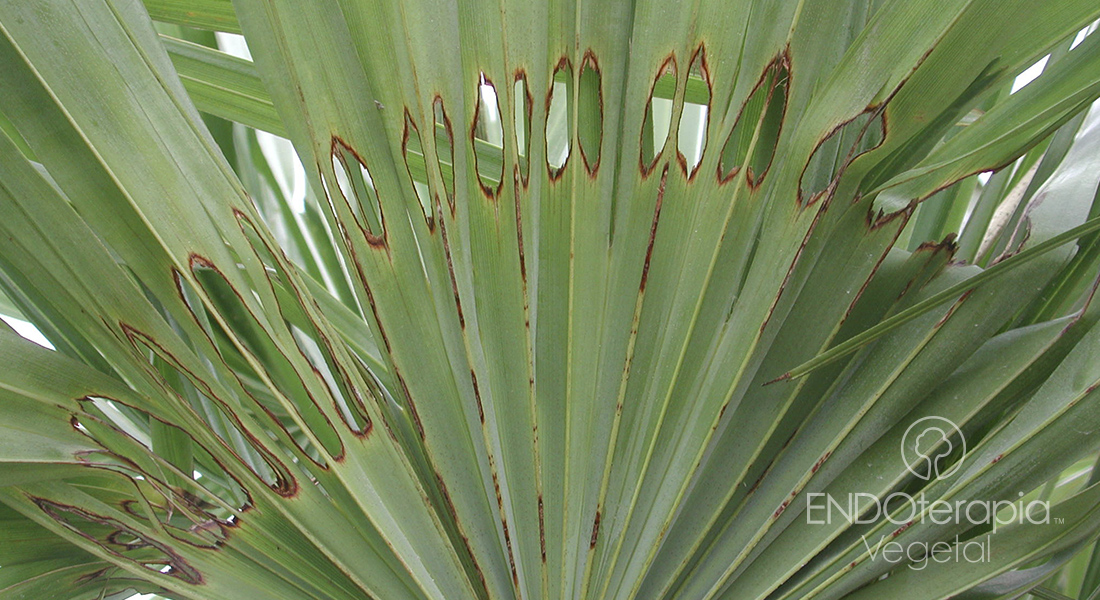 Fig. c – Symptoms of an attack by P.archon on a specimen of Trachycarpus fortunei.