Lepidopteran insect. The adult has a wingspan of 35-70 mm, black thorax and wings with white spots and a black abdomen with white stripes. The caterpillars can measure up to 60 mm and are yellow, with black spots and black head. The eggs are millimetres long and yellow.

Adults fly from late spring to mid-autumn, approximately. Females lay eggs on the bark of the trunk or branches, and sometimes on the ground. Neonate caterpillars are kept together for a few days and protected by silky filaments. Then, they start to feed on the most tender areas of the plant, making small galleries, or on the leaves, depending on the affected species. Afterwards, they are able to penetrate the thickest wood, making galleries in large branches and in the trunk. In winter, its activity decreases a lot, and it becomes active again in the following spring to complete its development and create the chrysalis, from which the new adults will come out between the beginning of spring and August.

The caterpillars drill holes in branches (Fig. a) and in the trunk. Sawdust and/or reddish excrement remains can be seen at the base of the trunk. Severe attacks weaken the tree to a large extent, also causing lack of vigour and even the death of the affected specimen.

Attacks are more successful on trees with serious vitality problems or that have poorly adapted after planting. It is also a serious problem in the urban environment, due to the fall of branches or trunks that break easily.

Finally, it can cause microbiological diseases by fungi or bacteria. 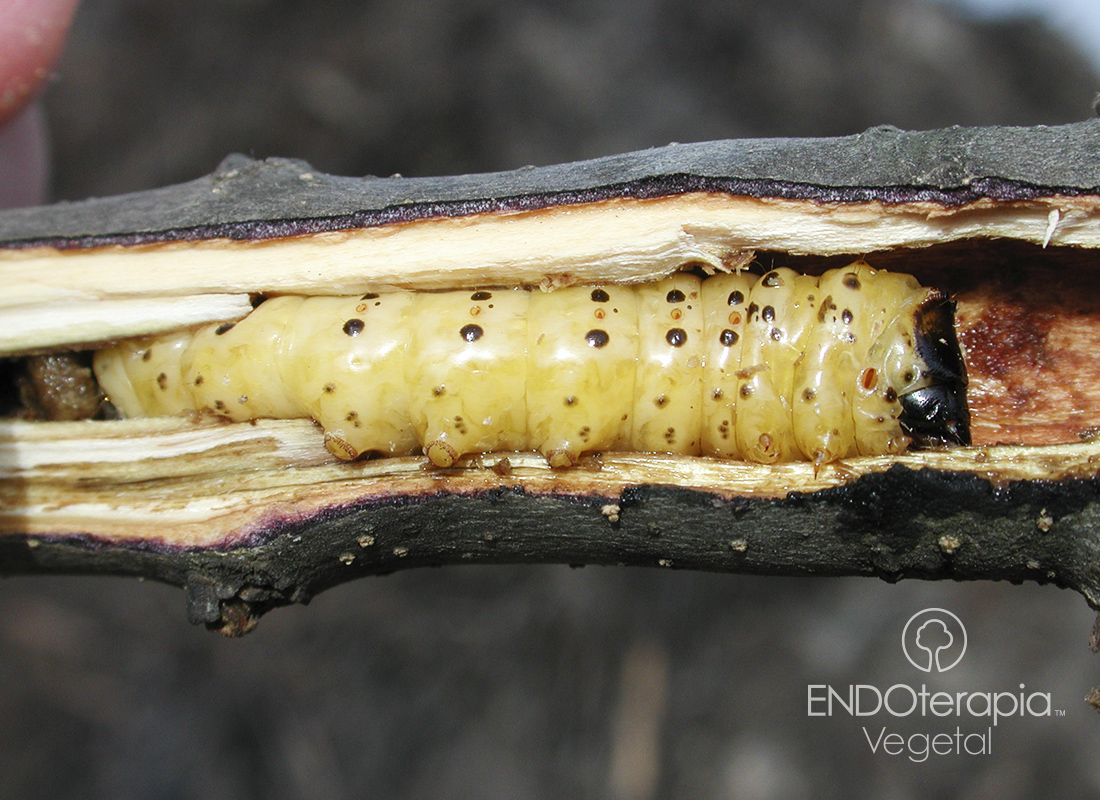 Fig. a – Zeuzera caterpillar inside a gallery excavated in the branch of a tree.

Carry out preventive treatments with plant endotherapy (ENDOterapia Vegetal®) during the spring, coinciding with the phase of greater activity of the caterpillars inside the plant.