It causes the same damage as the Cameraria; the caterpillars feed on the upper parenchyma of the leaves, forming characteristic galleries or mines (Fig. a and Fig. b). Severe attacks produce a general wilt of the leaf and premature fall. 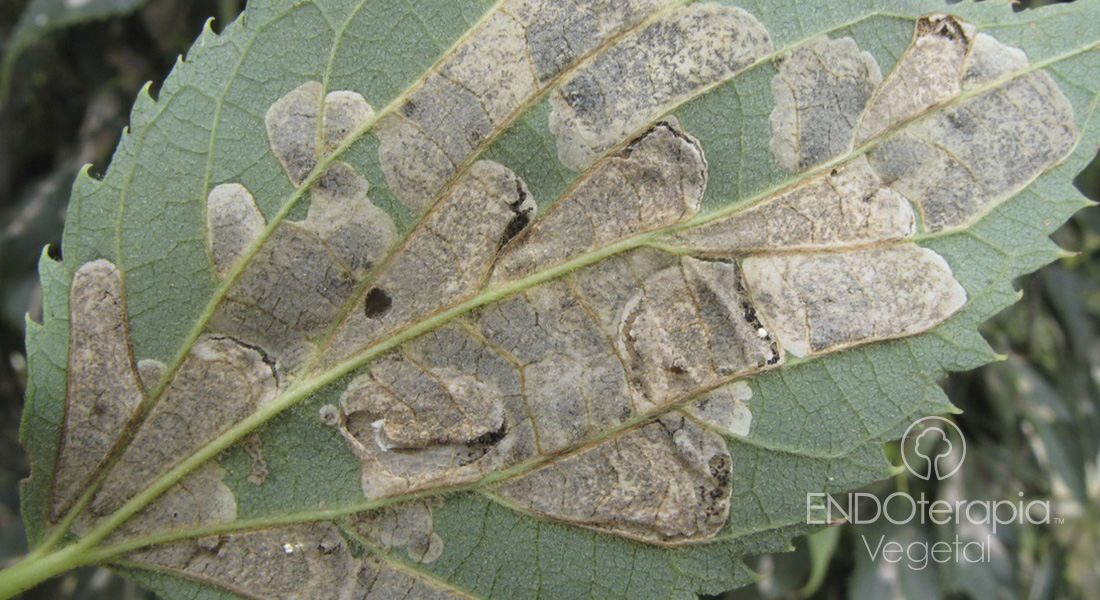 Fig. a – Galleries formed by nymphs of Phyllonory Character. 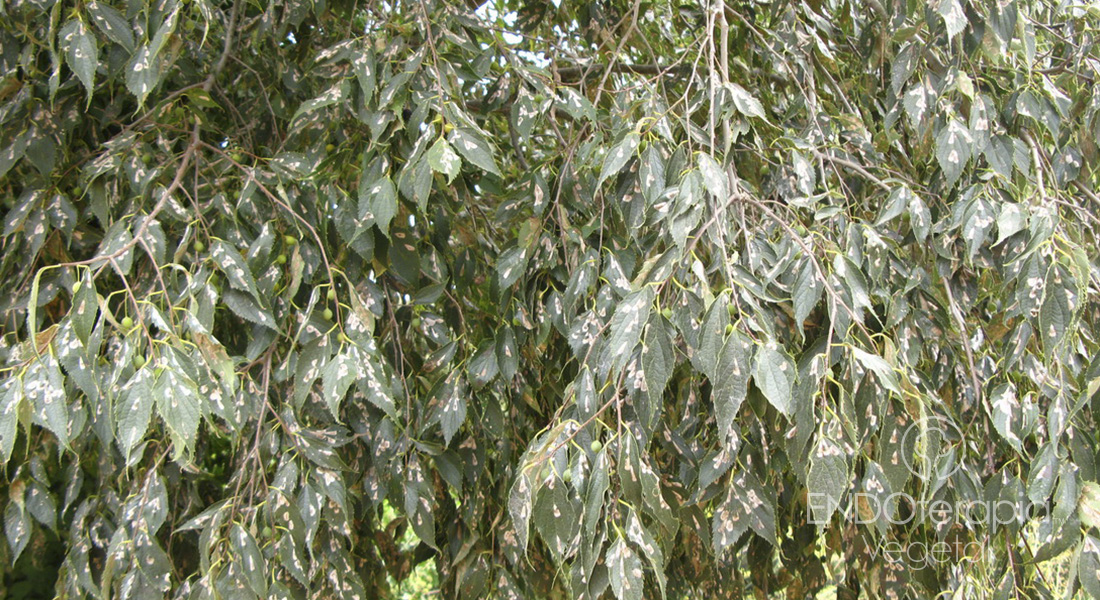 Carry out a treatment with plant endotherapy (ENDOterapia Vegetal®) in a preventive way to avoid the onset of problems; the treatment will be carried out when the first adults appear after coming out of winter diapause.