It is a small hemiptera/ homoptera insect Adults measure 3-4 mm and can be a variety of colours, from yellowish greens to browns, with fine orange lines along the thorax. The wings are transparent and have dark spots on the back of the posterior wings. Nymphs are the same size as adults, light green in colour, with semi-transparent and increasingly evident wing primordia. They produce a large amount of honeydew. They have several annual generations. Nymphs emerge in spring, along with budding and even before, with flowering.

Damage to the tree is caused by all nymph and adult instars of the insect (Fig. a and Fig. b); they suck the sap of the leaves, leaving small wounds that become nectrotic, deteriorating the leaves. In addition, nymphs produce a large amount of honeydew, a sticky substance that can be a nuisance in the urban environment (Fig. c). 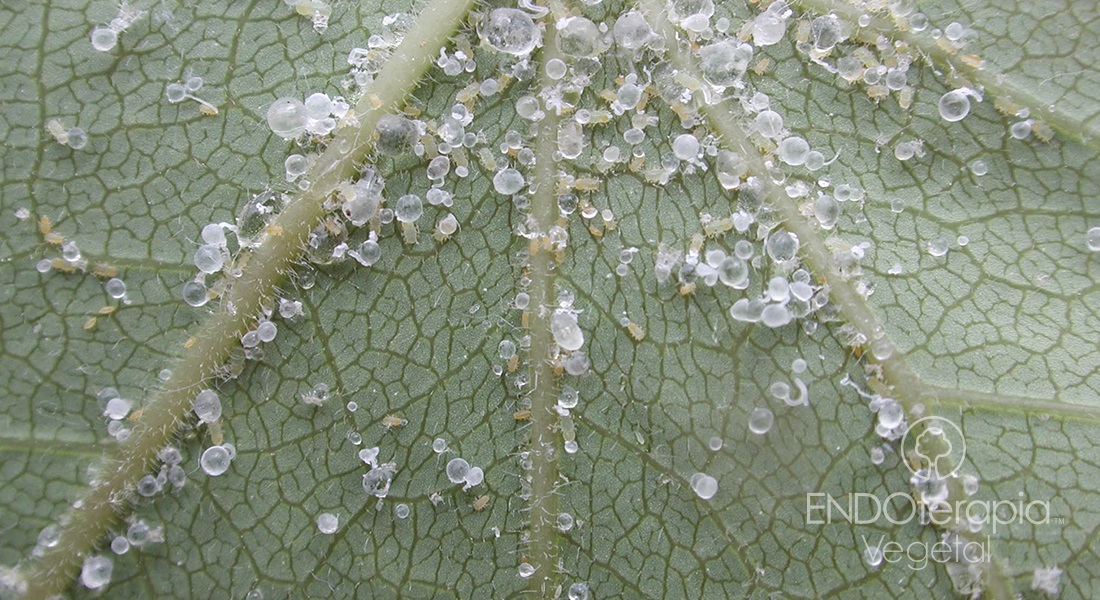 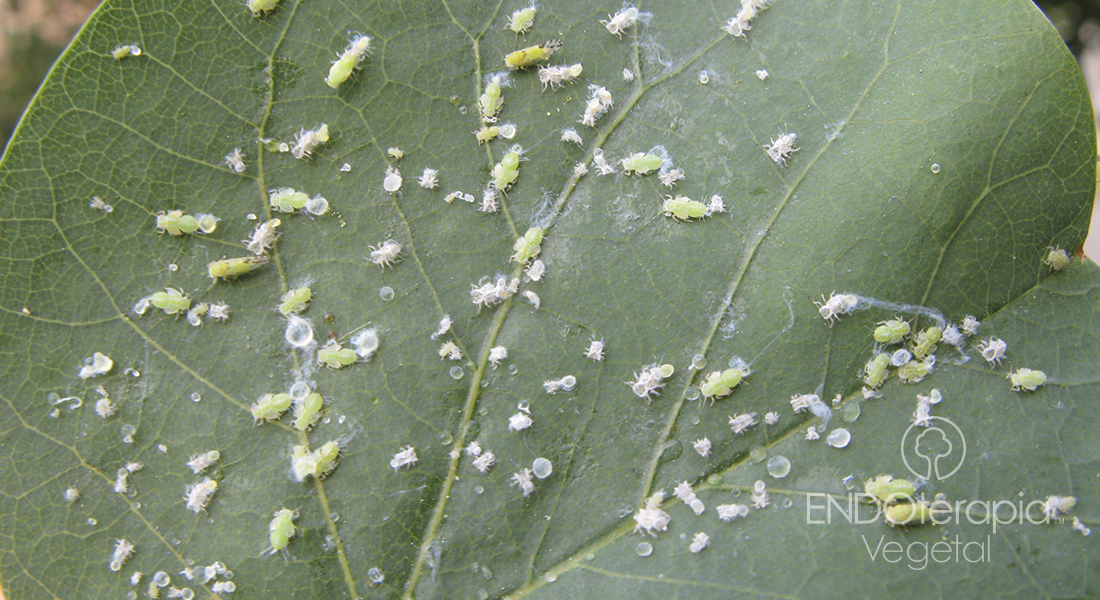 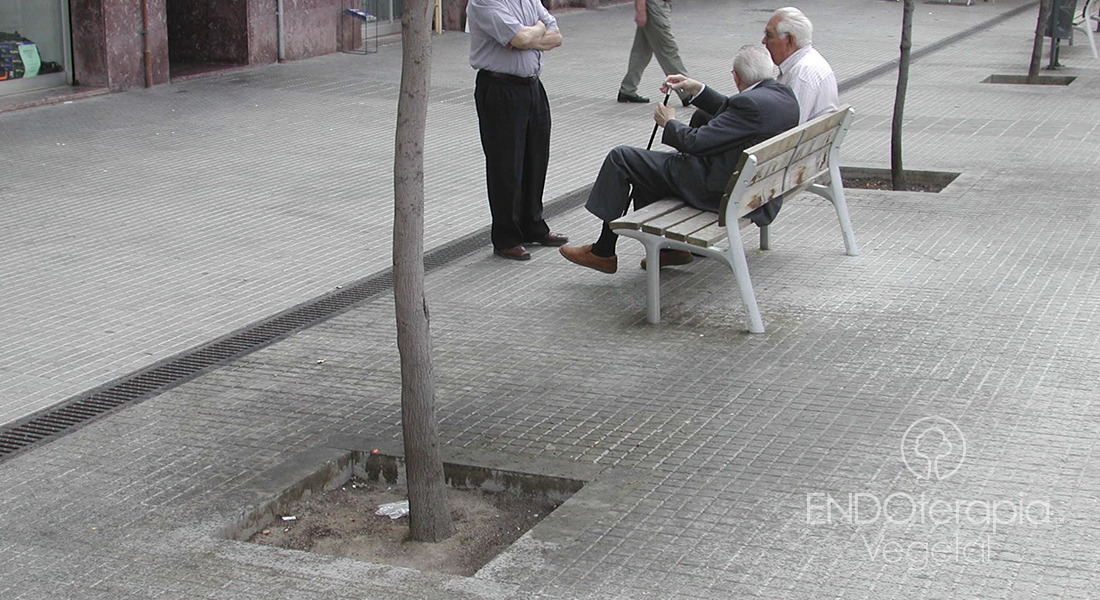 Preventive treatment with plant endotherapy (ENDOterapia Vegetal®) to avoid the occurrence of problems. Generally speaking, preventive treatment is recommended in spring, during plant growth activation. The treatment can also be applied in the event of early detection of the pest during flowering.