It is a lepidopteran insect. The adult female moth has a wingspan of 45-65 mm and a body of around 30 mm, covered in small, non-urticating orange hairs. The adult female walks in a clumsy way due to her prominent abdomen that prevents her from flying. The adult male is smaller. It has a wingspan of 35-40 mm and a body of 18-20 mm; it has a smaller abdomen than the female and can fly several kilometres. The eggs are orange and are deposited in masses covered with fluff The female can lay up to 2,000 eggs. The male caterpillars (Fig. a and Fig. b) go through five larval instars; females go through six. In their first instar they measure about 3 mm, they are black and with long hairs, until they reach 45 to 70 mm at the end of the cycle. Then, they turn greyish, with long hairs, and a double row of spots on the upper part of their body, usually four pairs of blue ones and seven red ones. The head is yellowish, with two black spots on the front. Despite its appearance, it does not sting. It has only one generation per year. 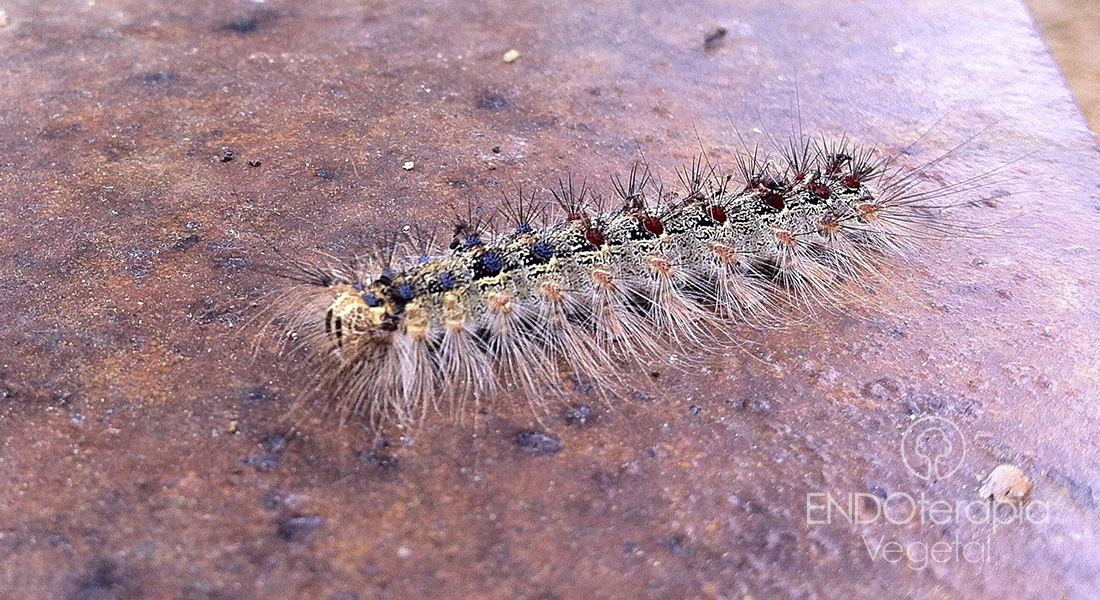 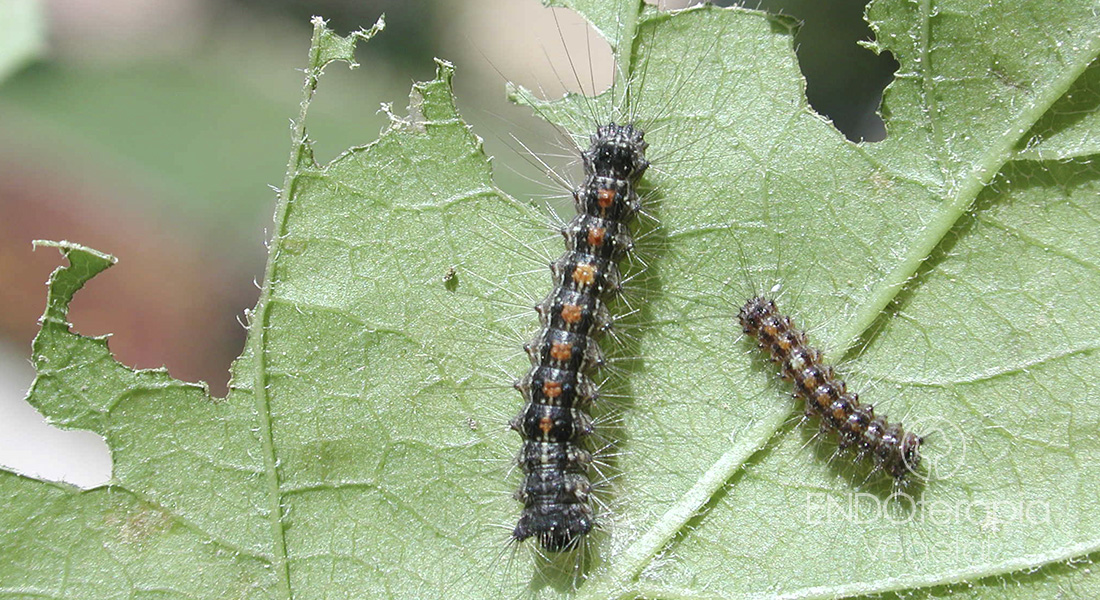 Fig. b – Caterpillars devouring a leaf.
The damage takes place in spring, between May and June, when the caterpillar feeds on the leaves (Fig. b) and shoots of the tree. This causes strong defoliation (Fig. c), which can lead to significant growth decrease. The attack is severe and adds up with adverse circumstances (drought, weakness, etc.) it can kill the affected specimens. Caterpillar migrations cause a lot of social alarm due to insectophobia.

Fig. b – Caterpillars devouring a leaf. 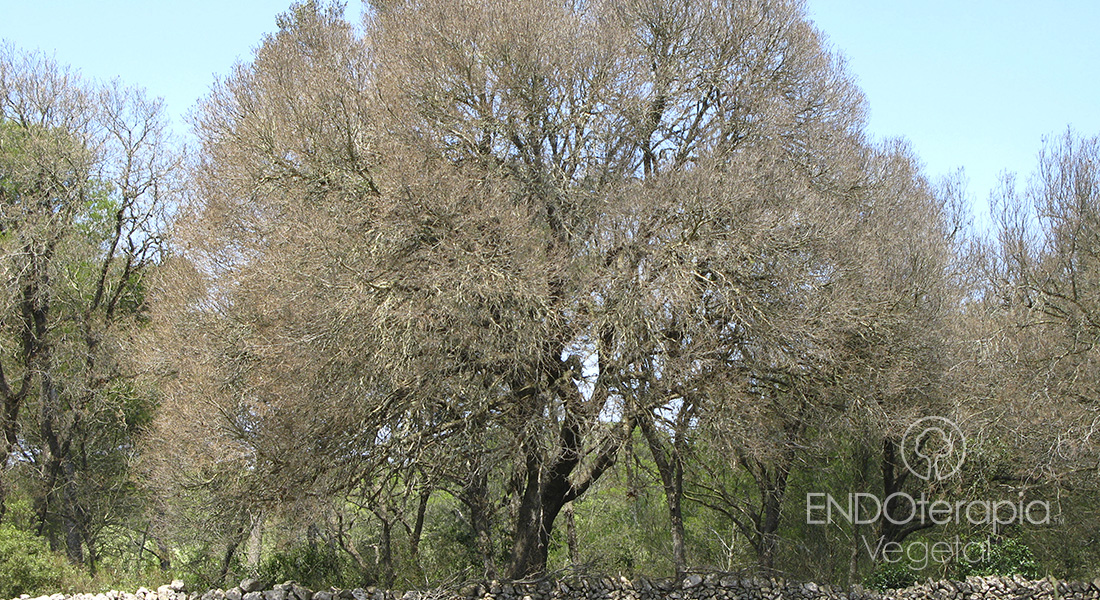 Fig. c – Specimen of Quercus ilex completely defoliated by the action of Lymantria.
Since it as a plague that performs sporadic attacks, rarely repeated year after year, unlike aphids and psylla, curative treatments are most often carried out. The optimal time for treatment should be when the first instar caterpillars emerge. This way, they can be eliminated and damage and related problems avoided.