Beetle of the cerambycid family.

The adult is 20 to 30 mm long by 10 mm wide. Its colour varies from one specimen to another, going from brown to reddish brown. However, they all have a transverse stripe in the centre of its cream-coloured body. The head has strong jaws and antennas that are longer than its body; they are longer in males than in females (Fig. a).

The larvae are typical of cerambycid larvae: apodous, cylindrical and slightly flattened, of yellowish white colour and with strong jaws. They can reach 50 mm in length (Fig. b).

The clutches can range from 30 to 110 eggs, which are 3 mm in length, and distributed in the form of a fan in the laying area.

It usually has two generations a year. The adult has a long flight period, which can extend from March to November.

The adult reaches sexual maturity shortly after leaving the pupa it creates at the end of the larval gallery. Then, the mating takes place. The female lays the eggs under the slightly detached bark, in its cracks or in the branch insertions. 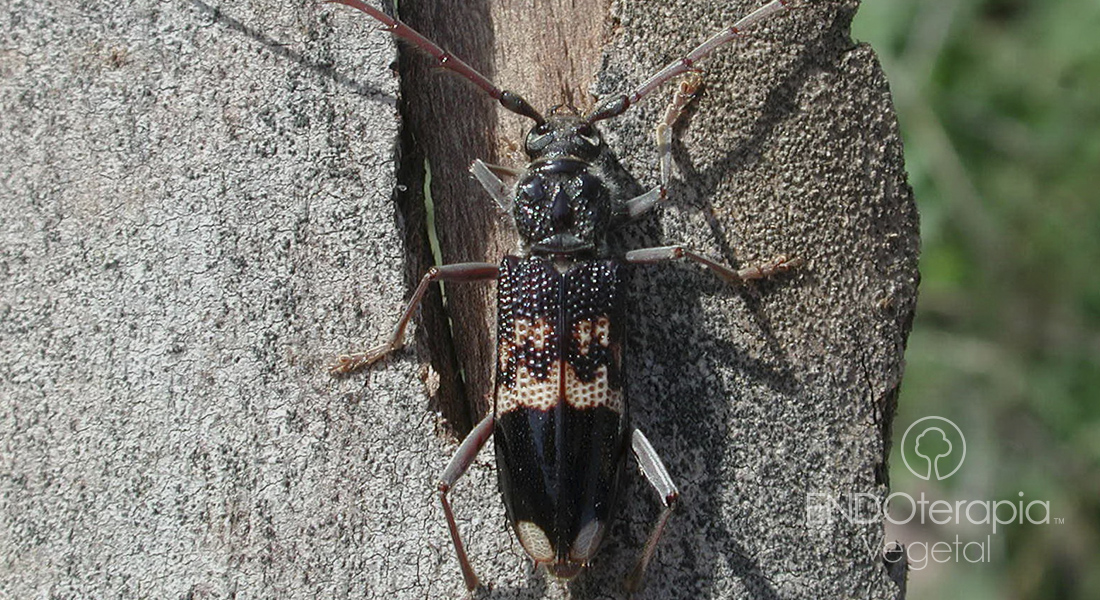 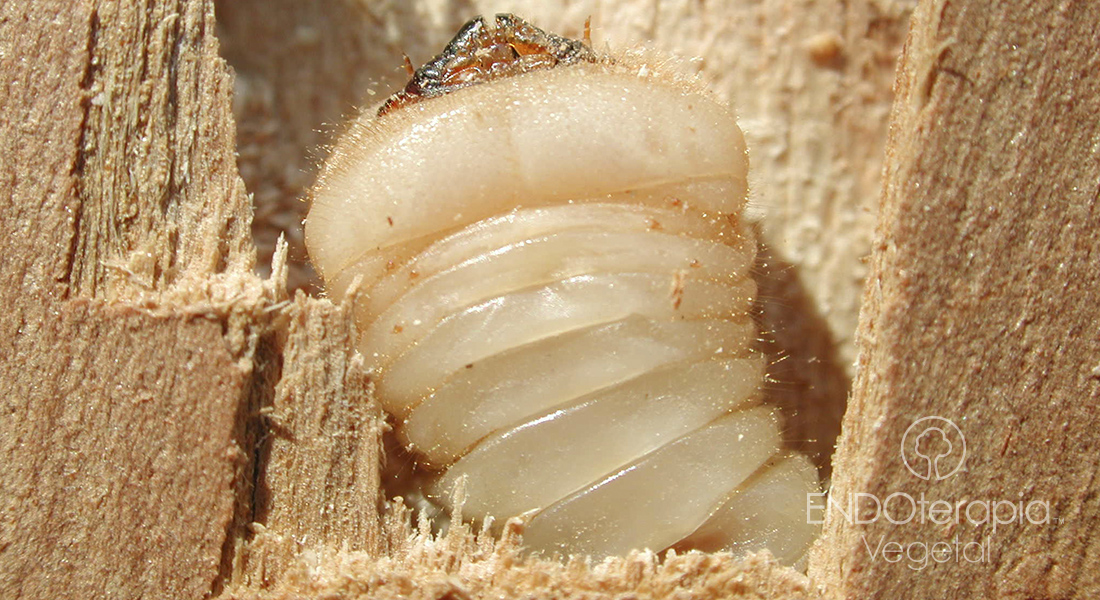 Fig. b – Detail of a Phoracantha larva.
It strongly affects specimens of eucalyptus with little vigour or that suffer some type of stress, such as drought or other parasitic infestations.

The larvae feed on live wood, creating galleries in the trunk and main branches. These galleries are superficial at the beginning of the attack, and they later on penetrate into the trunk, drilling in all directions. This results in the collapse of the conductive vessel elements and the death of the tree (Fig. c). 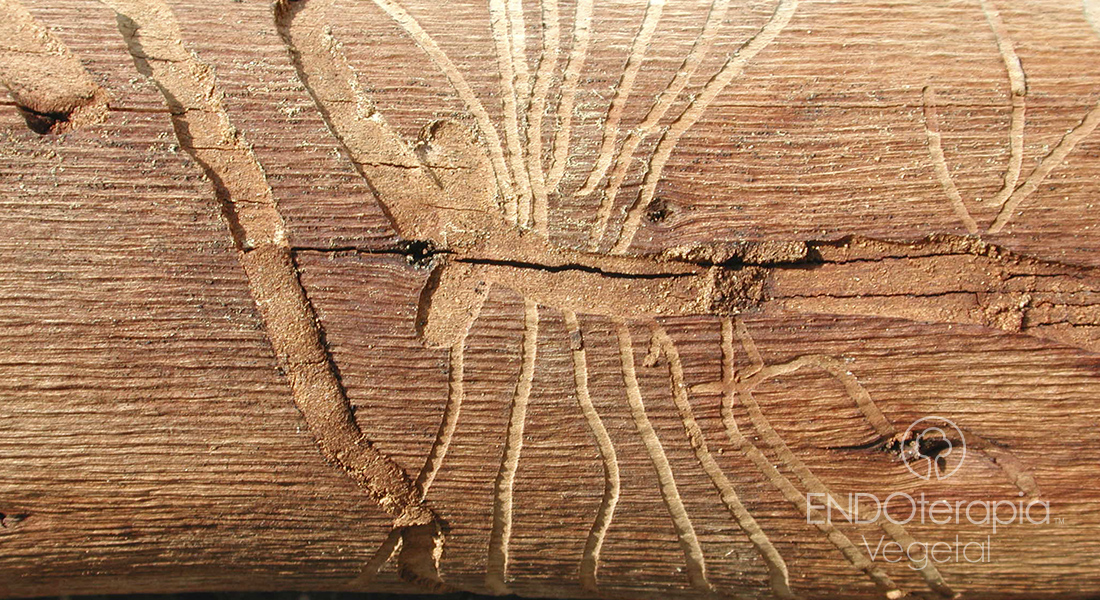 Fig. c – Galleries made by Phoracantha larvae in a eucalyptus specimen.

Keep specimens in good condition to avoid loss of vigour or stress that favours phoracanta attacks.

Carry out preventive treatments with plant endotherapy (ENDOterapia Vegetal®) at the end of winter, coinciding with development of the first larval instars.

If affected by this disease, carry out a curative treatment using plant endotherapy (ENDOterapia Vegetal®) to eliminate the larvae that are feeding on living tissue.

Different species of the Eucalyptus genus