There are three species of beetles of the Curculionidae family (Scolytinae) that are very similar to each other. T.piniperda and T.minor are found in cold climate zones, while T.destruens is found in coastal areas. The main difference is that, while the adults of T.piniperda and T.minor are inactive during winter time, the adults of T.destruens remain active from September to April, period during which they lay eggs on the trunks and also move to the terminal shoots to feed. Adults measure 4-5 mm and larvae can reach up to 6 mm.

Death of the trees can happen from the end of winter to the beginning of summer. Insect penetration holes can be seen in the bark of trees, often accompanied by resin exudation (Fig. a), as well as the circular outlet holes (Fig. b). Each species makes different types of galleries: in the form of vertical fish bones in the case of T.piniperda and T.destruens, and in a very flattened “V” shape in the case of T.minor. In both cases, the larval galleries are perpendicular to the maternal galleries. The ends of the twigs also appear dry or broken, and full of holes inside. The damage caused to the branches of the treetop is not that significant, but the perforations in the trunk are, as they can cause the death of the tree by girdling or ring-barking. 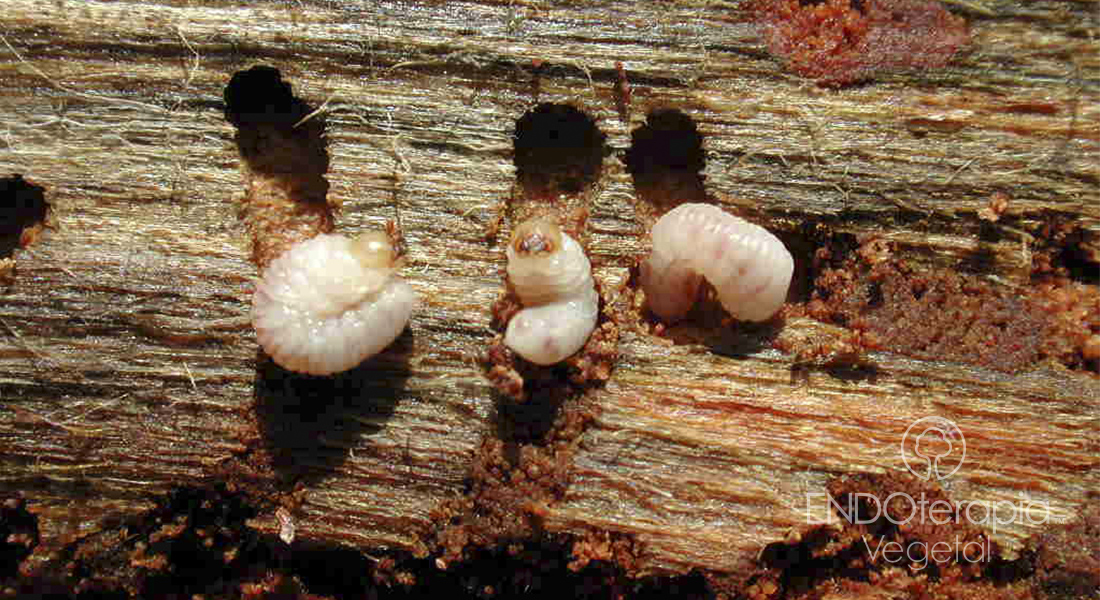 Fig. a – Larvae perforating the subcortical (under bark) cambium of a pine specimen. 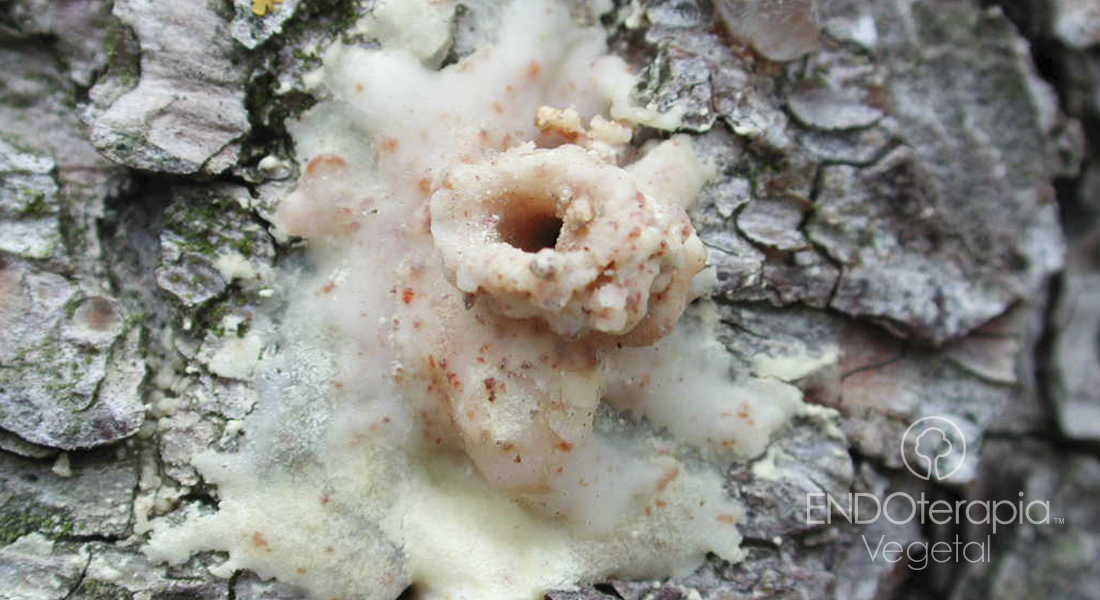 Fig. b – Resin exudation produced by the penetration hole of the adult insect.

For effective control, carry out treatments with plant endotherapy (ENDOterapia Vegetal®) when the insect is feeding on the small branches, and before it attacks the trunk. If the trunk is affected, the treatment may not be very effective, depending on the amount of conductive vessel elements that have collapsed due to the holes made by the insect.