Cochineal, as they are commonly known, are a large group of hemiptera insects, plant pathogens, characterised by their obvious sexual dimorphism. There is a wide variety of genera and species of cochineal, such as plant lice, long scale, coccids and common mealybug. However, the most typical ones found in issues affecting ornamental trees are shown below.

Along with aphids, this is the most common pest in gardening. They feed on sap by inserting their stiletto-shaped suction beak into leaves, stems and fruits. Depending on the species, they are mobile or stationary during the cycle, and may have more than one generation a year.

There are some genera known as citrus mealybug or common mealybug (Fig. d, Fig. e and Fig. g[/fusion_modal_text_link), known in Spanish as “cotonet” due to their white secretions and cotton-like texture. 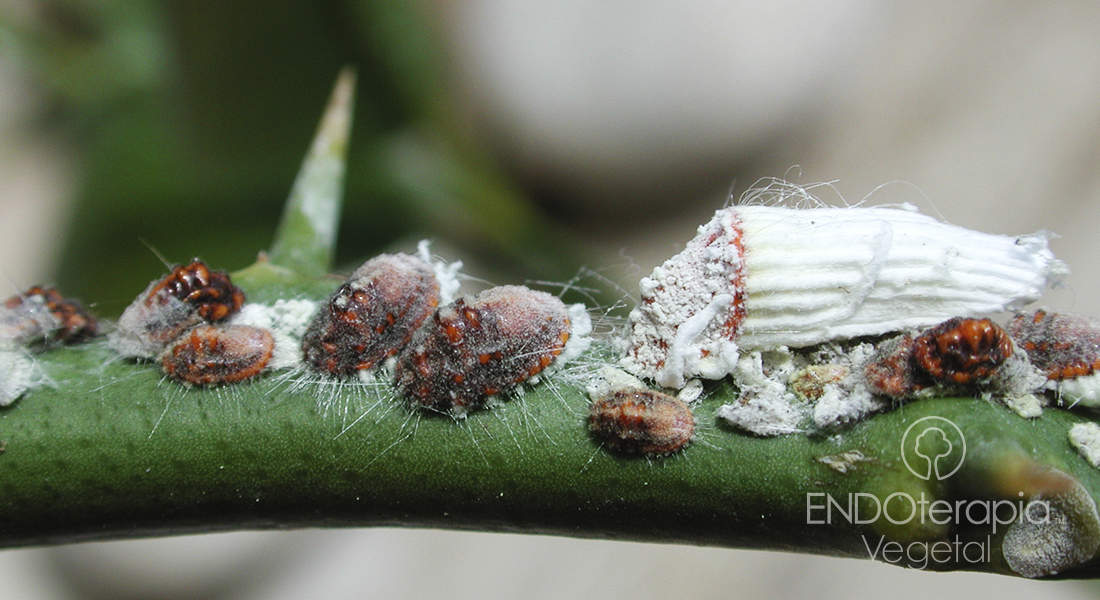 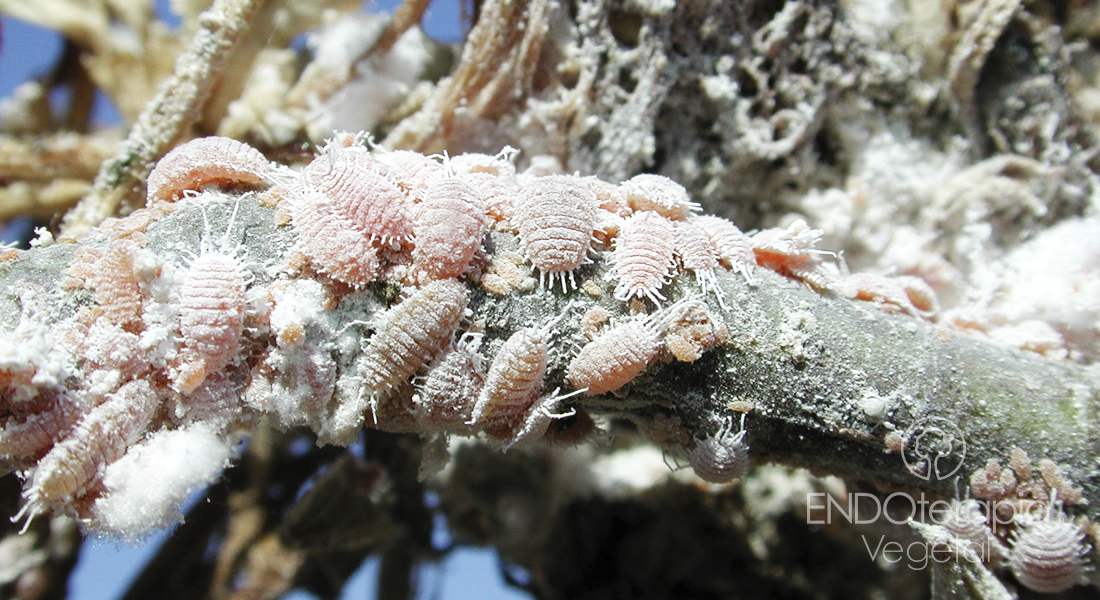 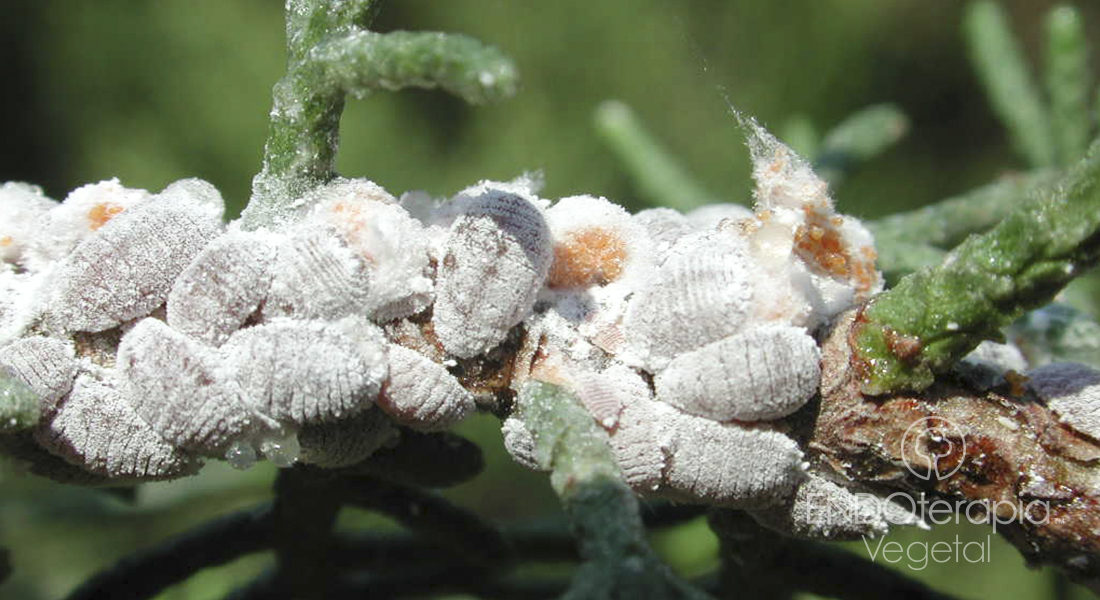 Fig. g – “Cotonet” or Common mealybug (Planococcus citri).
The damage they cause is very similar to that of aphids, that is, a honeydew secretion (except for the species known as Diaspidids), the presence of sooty mould or black mould(Cladosporium) (Fig. b). They also cause discoloured, yellow (Fig. h) and deformed leaves. 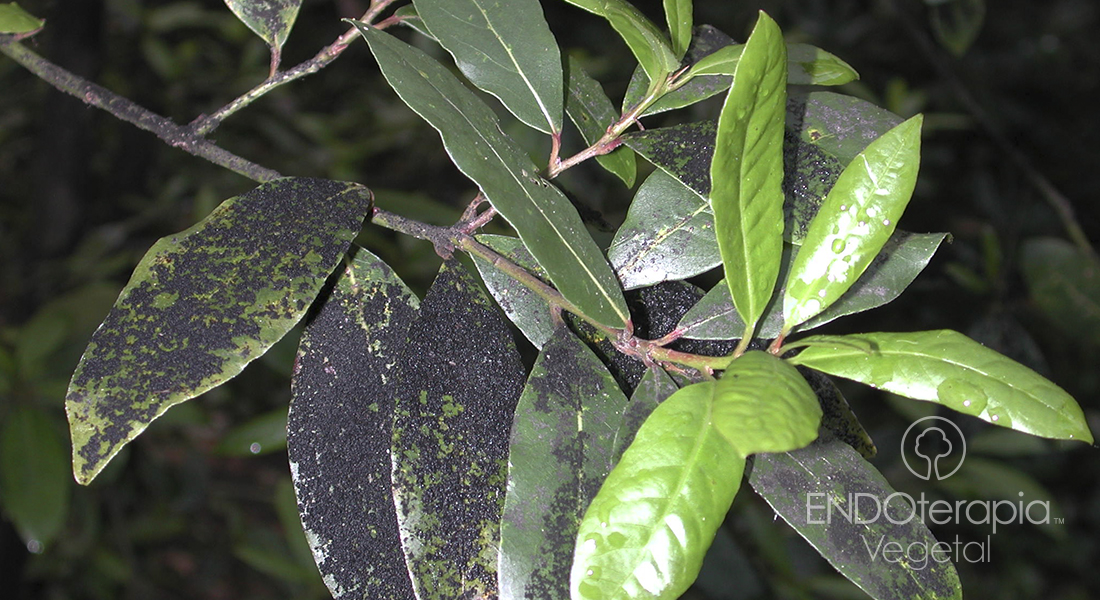 Fig. b – Presence of sooty mould (Cladosporium) due to a previous cochineal infestation. 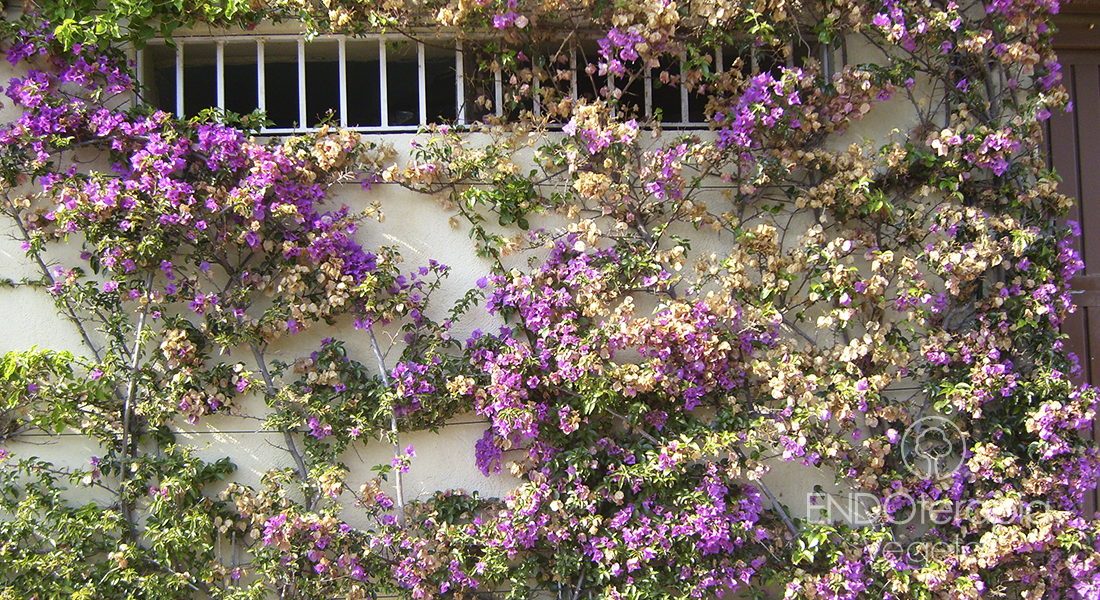 Preventive treatment with plant endotherapy (ENDOterapia Vegetal®) to avoid the occurrence of problems. Generally speaking, we recommend preventive treatment to be carried out in spring, during plant growth activation and with at least 60% of its developed leaf mass.

They can affect almost any ornamental and fruit plant, especially in situations of stress and lack of vigour.