This cochineal insect deserves its own section due to its unique characteristics. It affects trees of the Quercus genus, but mainly holm oaks (Quercus ilex).

Like the other cochineal, it is a hemiptera insect, with a clear sexual dimorphism: males are reddish and winged, while females (Fig. a) are round, of an orange-browny colour, with atrophied legs and antennae. They have a hard cover that protects them and they remain motionless in the terminal parts of the shoots (Fig. a and Fig. b), from which they will no longer move.

It has an annual generation; females begin laying eggs at the beginning of summer, when the temperature is around 25ºC. It lays about 2,000 eggs that are bright red colour (carmine – hence the name) and are protected by the shell of the already-dead female.

Fig. a – Adult females with red eggs inside. 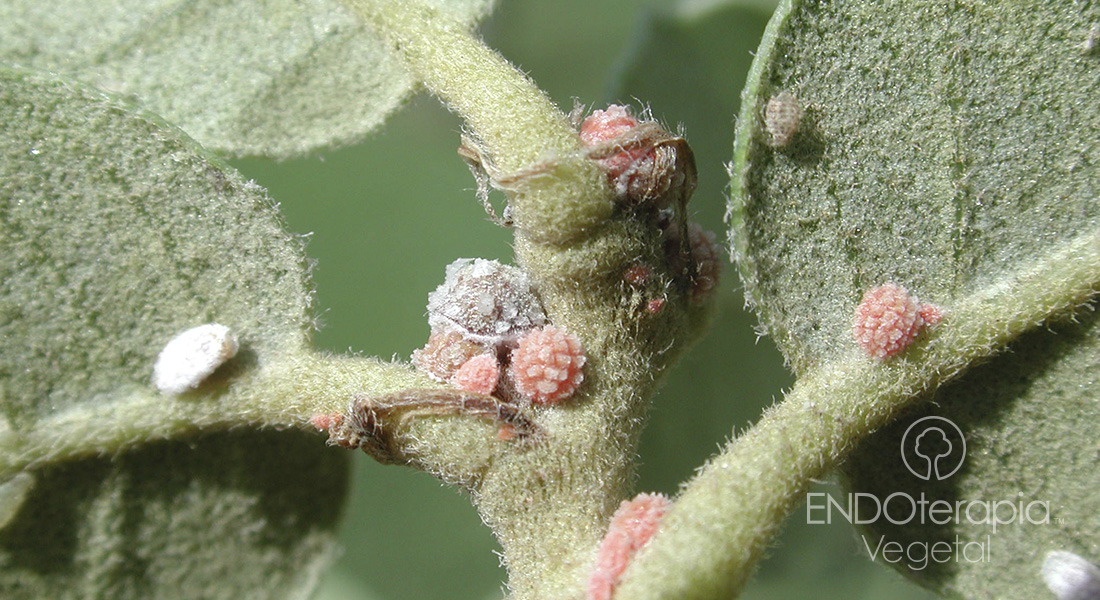 Fig. b – Adult females with L1 first instar nymphs.
The damage is caused by the larval instars, and especially by the first nymphs when they are born. They colonise the most tender parts of the shoots, as they feed on the sap through their suction mouth piece. The damage is characterised by the dryness of the terminal parts of the shoots (Fig. c), and it can dry up to 80-90% of the entire treetop.

In cases of important damage, it can cause the weakening of the plant and canker of the branches and twigs of the holm oak (Diplodia corticola); this disease also causes leaf chlorosis and the wilting of the leaves of the affected branches, with the subsequent defoliation and desiccation. It is characterized by lesions in the affected branches, such as elongated areas of necrotic bark and small lenticular cracks, the fruiting bodies of the fungus (Fig. d). 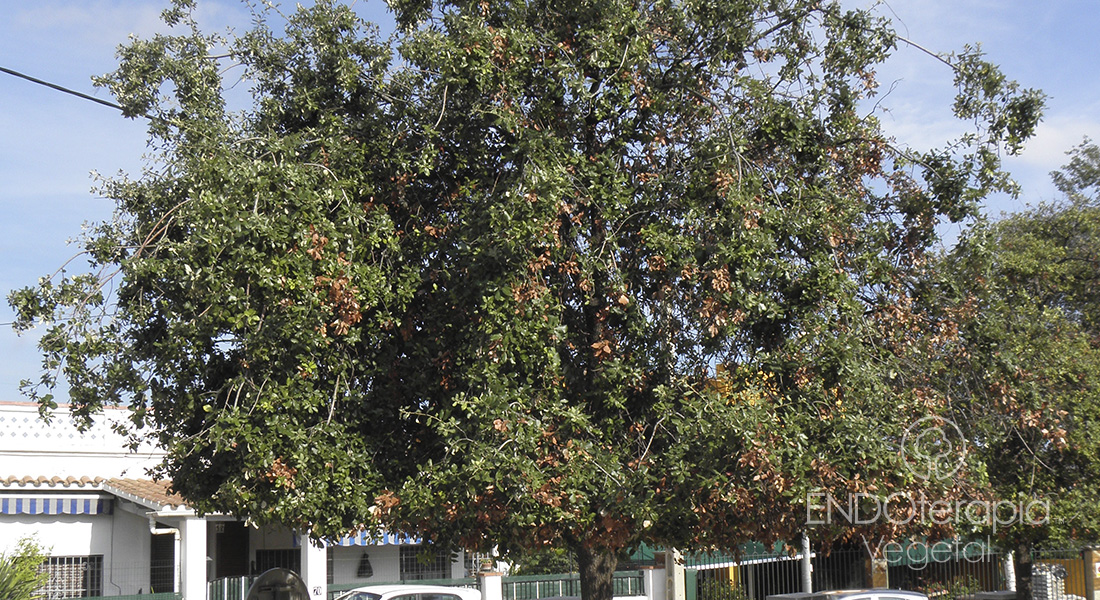 Fig. c – Damage caused by Kermes to a specimen of Quercus ilex. 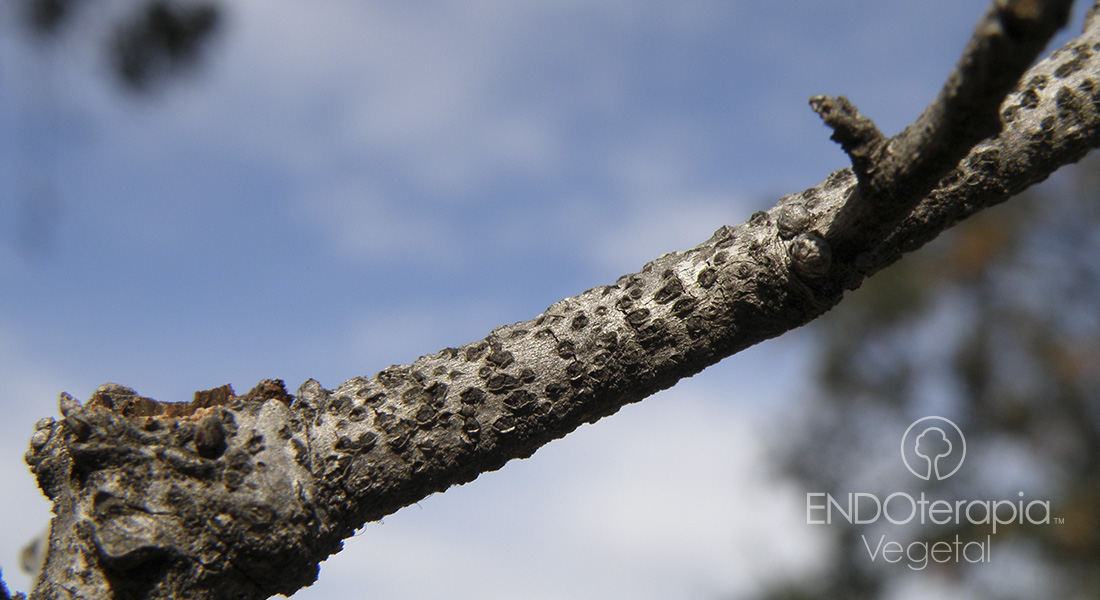 Fig. d – Typical Diplodia lesions on a branch of Quercus.
As this is an infrequent plague that does not systematically affect trees every year, like aphids, curative treatments are always more likely. The optimal time for treatment should be when the first instar nymphs emerge. This way, they can be eliminated and damage and future generations avoided.

It prefers Quercus ilex and sporadically other Quercus.