Aphids are one of the most common pests in Spain, as they belong to a superfamily of phytopathogenic insects of which approximately 300 species are known to affect agricultural and forestry crops, as well as ornamental ones. There are species that are monophagous, that is, that feed on a particular plant species; but the vast majority tend to be polyphagous, because they can feed on various plant species.

These insects belong to the order Hemiptera, they measure between 2 and 9 mm, and typically have a pair of dorsal tube-like appendages. They have an ovoid body without an apparent distinction between its three areas (head, thorax and abdomen). They present a variety of colours, although the most frequent ones are yellow, green or black. You can find apterous individuals (without wings) or winged individuals of the same species. They suck sap and some species act as vectors of diseases. Their biological cycles are quite complex; they can have from 7 to 20 annual generations and a great proliferation capacity.

Damage mostly takes place in spring and summer. They can cause direct damage when they feed on the sap of the phloem by piercing the shoots (especially in the most tender) with their stiletto-shaped suction beak. This causes alterations in growth, weakening of the plant, leafroll and, in very severe attacks, they can dry the leaves of shoots, stems or the whole plant.

Indirectly, they can cause other damages, such as the injection of toxic substances (inducers of malformations, galls and tumours), transmission of phytopathogenic diseases, acting as vectors, or favour the attack of other pathogens, due to the weakening caused to the plant. Another major associated problem is the secretion of honeydew (Fig. b), a sticky substance that favours the appearance of sooty mould, Cladosporium, causing a reduction in photosynthesis and significant aesthetic damage. In addition, the excreted honeydew causes severe problems, ornamentally speaking, leaving urban furniture, cars, paving, etc. that are under the affected tree, sticky or unusable. It also attracts ants, which take advantage of the honeydew and are near the aphids to clean and protect them.

The Cinara cupressi (Fig. c) is one of the most important aphids; it attacks the Cupressus species (Fig. d) and causes them serious injuries that prevent the sap from reaching the ends of the twigs. It causes stress that leaves the tree very weakened and enables the entry of deadly vascular fungi, such as Seridium cardinale. Therefore, these trees have to be treated at the beginning of the aphid infestation. 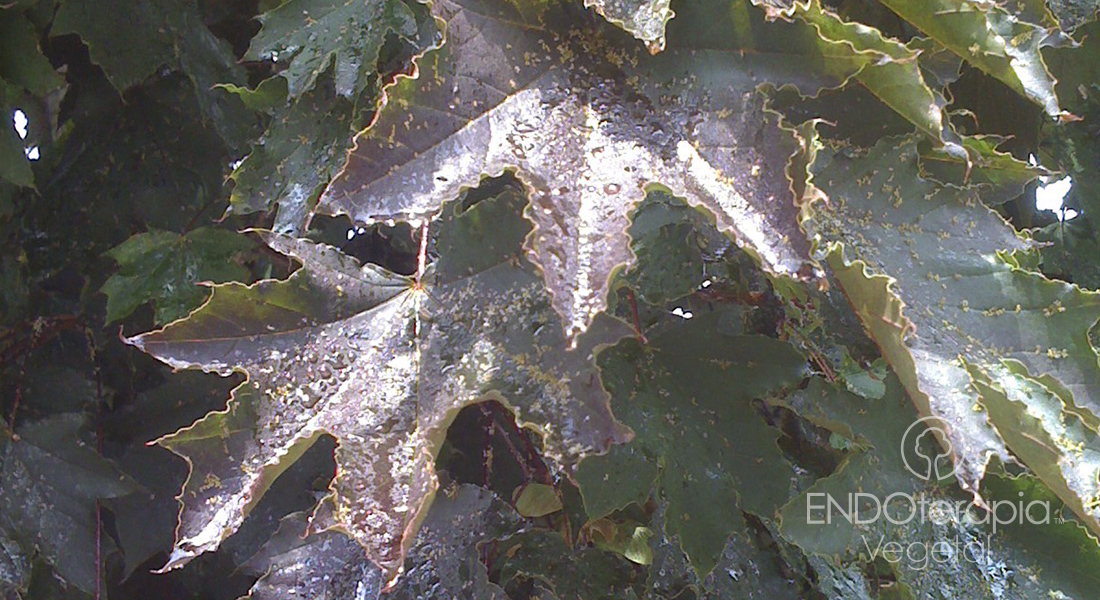 Fig. b – Leaves of a specimen of Acer platanoides sticky due to honeydew excreted by aphids. 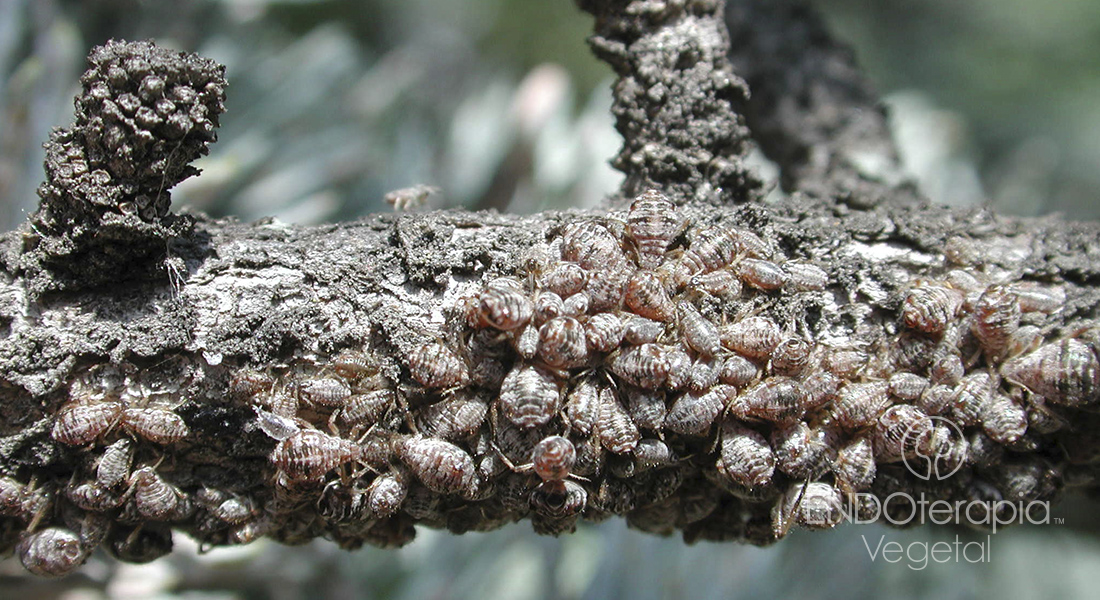 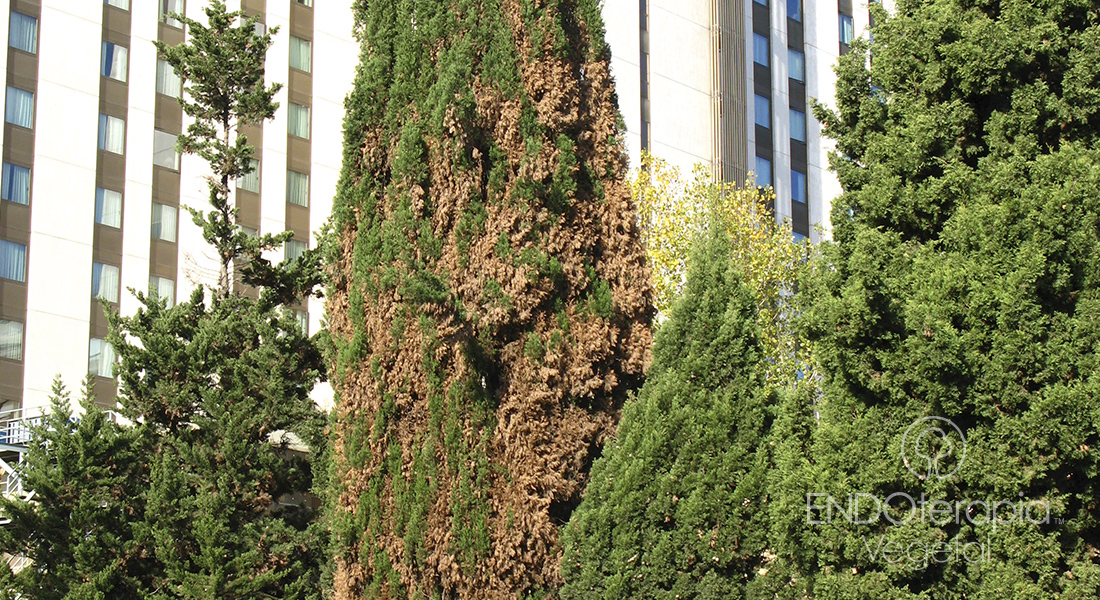 Fig. d – Cupressus sempervirens specimen, partially dry due to an aphid attack.
Preventive treatment with plant endotherapy (ENDOterapia Vegetal®) to avoid the occurrence of problems. Generally speaking, we recommend preventive treatment to be carried out in spring, during plant growth activation. In the case of hardwoods, with at least 60% of its developed leaf mass.

A wide variety of hosts, both hardwoods and conifers.